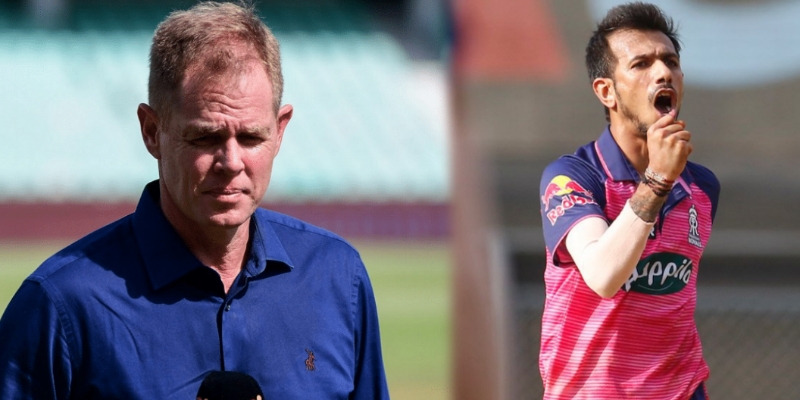 Leg-spinner Yuzvendra Chahal, playing for Rajasthan Royals (RR) in the Indian Premier League (IPL) 2022 season, has so far having a great performance with the ball, due to which once again his return to the Indian T20 team is now a possibility.

While the leggie missed out on a place in the team in the 2021 T20 World Cup, in which Rahul Chahar was given a chance as a leg-spinner in his place, this time Chahal does not want to leave any stone unturned.

Yuzvendra Chahal has so far taken 22 wickets in 11 matches in the IPL 2022 season. At the same time, Rahul Chahar has taken 12 wickets in 11 matches but his bowling has been quite underwhelming. Chahal’s performance in the first leg of IPL 2021 was very good but in the second leg, Rahul Chahar trapped all the batsmen with his bowling and made his place in T20 World Cup 2021.

But looking at this year’s performance, Chahal can make a comeback into the Indian squad in the T20 World Cup 2022. Let us tell you that Chahal has also got 5 wickets in a match and a hat-trick once of his 22 wickets.

South African fast bowler Shaun Pollock has said that Chahal can return for the Indian team in the upcoming T20 World Cup 2022. In which according to him, this time Chahal is seen in a different form.

Shaun Pollock while talking on Cricbuzz said that, there is no doubt that Yuzvendra Chahal is back in form and is ready for the challenges to come. He further added that he is performing very well in this IPL season and can make a return to the Indian team for the T20 World Cup 2022 and praised his bowling.

“I would think he would be a firm favorite now to go to the T20 World Cup. I just like to see him back,” said Pollock.

He said that he has spent time with him while playing for Mumbai Indians (MI) and called him an all-rounder. He added that it is a good thing to have such a player in the team who can win you matches consistently.

Chahal took 3 wickets in his last match against Punjab Kings. If Pollock is to be believed, Chahal will bowl very well on a flat wicket.

Pollack said that Chahal’s performance in the last IPL season was quite mediocre, due to which he could not make his place in the T20 World Cup 2021 and that he was out of form, but this year his bowling has been amazing and this time he will definitely be a part of the team.