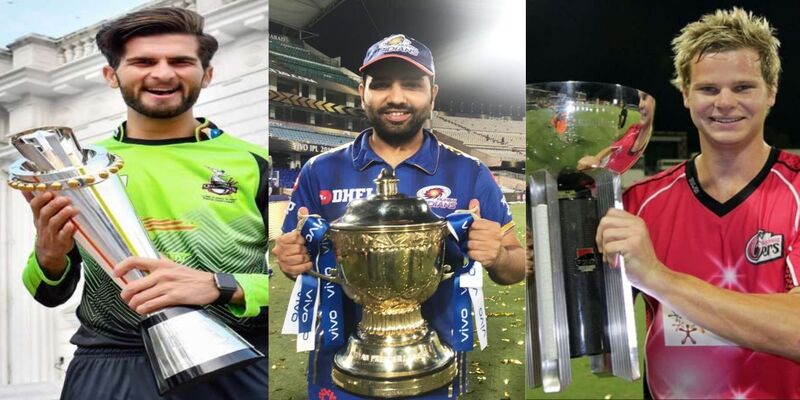 On Sunday, fans saw one of the best encounters between two powerhouses in the PSL 2022. But it was the Lahore team who held their nerve and won their maiden PSL title, beating Multan by 42 runs. And the skipper, Shaheen Afridi, was phenomenal with the ball in hand throughout the tournaments. At such a young age, he led his team superbly and won their first title in an emphatic way.

Shaheen Shah Afridi also became the youngest captain to lead a team to win a T20 title. He also broke the records of Australia’s Steve Smith and Indian skipper Rohit Sharma. The left-arm pacer is just 21 and has achieved this feat. Steve Smith, who won the Big Bash League in 2012 at the age of 22. On the other hand, Rohit led the Mumbai Indians to win the IPL 2013 at the age of 26.

In the first four seasons of the Pakistan Super League, Lahore Qalandars didn’t even qualify for the playoffs. And now they are the champions, beating the best team in the tournament, the Multan Sultans. Skipper Shaheen also looked pleased with the efforts of the team and also thanked the fans.

In the post-match presentation, the Lahore skipper expressed how supportive the crowds and fans were of them. He also named Mohammad Hafeez for how well he guided the young pacer in tough situations. Shaheen also mentioned Lahore’s 6-year PSL trophy drought since the league’s inception. He added, “The fight we showed as a team throughout the tournament is really fantastic and we had that attitude to fight till the last ball.”

But it didn’t start well for Lahore. Batting first, the Qalandars lost their three wickets within the first five overs. And it was looking like Multan would again crush his opponent easily. But then came a match-saving innings by the professor, Mohmmad Hafeez. The former all-rounder scored 69 runs off 46 balls to guide his team to a respectable total. And at the end, the late hitting by Harry Brook (41 off 22) and David Wiese (22 off 8) helped Lahore post a competitive target of 180 runs.

Chasing the target, Multan didn’t get a good start and both the openers fell early. Multan kept on losing wickets at regular intervals and hence lost the match by 42 runs. Shaheen led the team from the front, taking 3/30. Hafeez also chipped in with two wickets. Hafeez was also adjudged “Man of the Match” for his all-round show. Mohammed Rizwan was adjudged “Player of the Tournament” for his overall performance. He also scored 546 runs in 12 games with an average of 68.25.