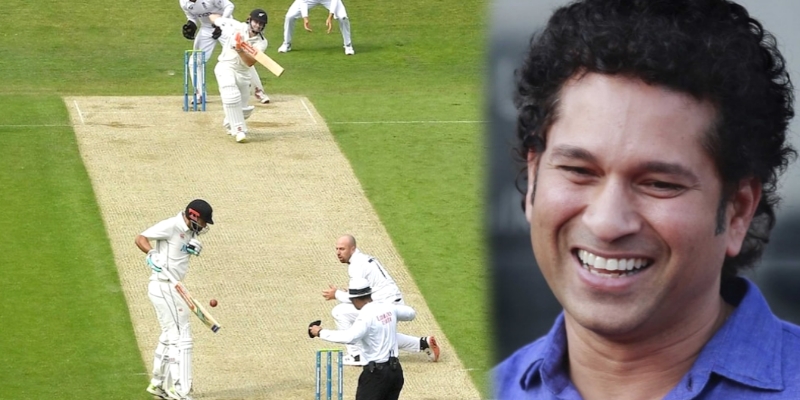 The bizzare dismissal of New Zealand cricketer Henry Nicholls has become a talking after the batsman was dismissed in quite a rare fashion during the 3rd Test match against England.

With England having a unassailable 2-0 lead in the ongoing series against New Zealand, the 3rd in being played between New Zealand and England in Leeds’ Headingly cricket stadium.

The match began with Kane Williamson winning the toss and opting to bat first. However, it was class bowling from the England bowlers, with New Zealand losing first 4 wickets for just 83 runs.

The 5th wicket fell in the form of left-hand batsman Henry Nicholls, who fell pray to a bizzare dismissal. The Kiwi batter was looking all settled with 19 runs from 98 balls. Then, off the bowling of Jack Leach, he tried to play a shot straight, however, unfortunately for him, the ball hit the non-striker end batsman Daryl Mitchell’s bat and went to the fielder Alex Lees.

The bizzare incident caught attention of much of the cricket experts and former cricketers. And now, the God of Cricket Sachin Tendulkar himself has reacted with a humorous tweet.

As for the 3rd Test match between New Zealand and England, it is about pride for New Zealand. After facing a early collapse, first Henry Nicholls and Daryl Mitchell steadied the inning and then later Tom Latham stood alongside Mitchell, who now has scored his 3rd Hundred of the series as of writing this.