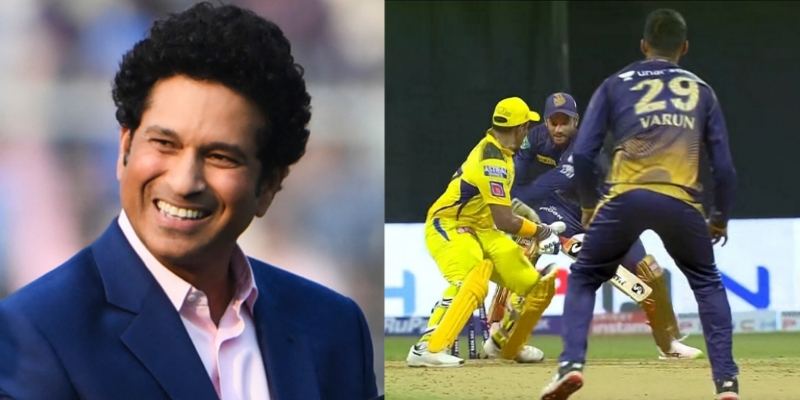 Gujarat born Sheldon Jackson probably had the best day of his cricket career, playing a vital role behind wicket for Kolkata Knight Riders in the opening match, and was rapid quick and earned lots of praise from the cricket fraternity.

Shreyas Iyer led Kolkata Knight Riders (KKR) got the job done against Chennai Super Kings (CSK) on the opening day of the Indian Premier League (IPL) 2022. While MS Dhoni was the star with the bat for CSK, Ajinkya Rahane also displayed his experience of long being a part of the league.

But there was once a moment during the Chennai Super Kings’ inning when KKR’s wicketkeeper behind the stumps, Sheldon Jackson showcased his lightning quickness to dismiss a former Knight in Robin Uthappa.

Jackson received the ball behind the legs of Robin Uthappa, but was so quick that the stumped Uthappa before even he could make back to the crease. The cricket fraternity praised Jackson for his work behind the stumps.

The ‘God of Cricket’ Sachin Tendulkar also reacted to Jackson’s work, calling it a resemblance to MS Dhoni. Master Blasters took to his official Twitter handle to tweet, “That was an outstanding stumping. @ShelJackson27’s speed reminded me of @msdhoni. Lightning fast!!”

That was an outstanding stumping. @ShelJackson27’s speed reminded me of @msdhoni.

Talking of the match, Chennai Super Kings were put to backfoot early on in the match as Umesh Yadav got the better of the CSK opening duo of Ruturaj Gaikwad and Devon Conway.

MS Dhoni played a vital knock of 50 runs from 38 balls. He accelerated very quickly towards the last 3 overs after starting off slow to build a partnership with Jadeja. Thanks to his inning, CSK managed to post 131 runs on the board.

But, it rather really easing chase for the Kolkata based franchise. Ajinkya Rahane led the chase, scoring 44 runs from 34 balls. There was contribution from the other batsmen too as captain Shreyas Iyer hit the ultimate boundary in the 19th over of the match.