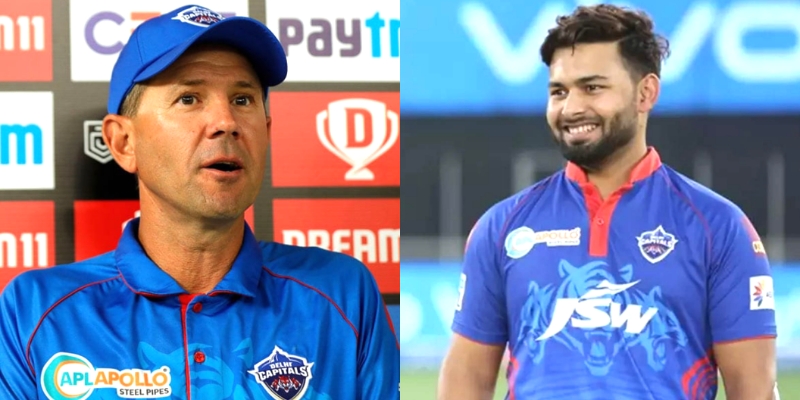 Rishabh Pant has come out as the next best wicketkeeper in the country which has a proven track-record of producing top quality wicketkeepers.

Though initially he received lots of criticism for his poor form and poor performance and was also even dropped, he made a solid comeback to prove his worth.

Not only he is Indian cricket team’s one of the top player, but is also a important member of the Delhi Capitals IPL franchise.

And the Delhi Capitals Head Coach Ricky Ponting has compared Rishabh Pant with his former teammate Adam Gilchrist, having watched both of them play from up and close.

While speaking on The ICC Review show, Ricky Ponting stated that Rishabh Pant and Adam Gilchrist is little bit same and asserted that should let Pant play atleast 50 to 60 Test matches before comparing him one of the greatest keeper.

“They are little bit same. I know Rishabh’s really burst into onto the scene, but let’s just let him play 50 to 60 Test matches before comparing him with one of the all-time great wicketkeeper batter” said Ponting.

Comparing their personality, he added that even though both of them are lot of more outward, but said that Rishabh Pant is more louder and noisier behind the stumps, it’s completely different for the former Aussie keeper Adam Gilchrist.

He also compared Pant with Gilchrist’s aggressive approach and how Pant tries to complete his century with a big hit and does dare to do, just like Adam Gilchrist.

Both Ricky Ponting and Rishabh Pant works very closely for the Delhi Capitals squad in the Indian Premier League (IPL), where Pant is the team’s skipper, while Ricky Ponting is the head coach of the team.

Rishabh Pant has also been retained by the franchise before the IPL 2022 Mega Auction on the 12th and the 13th of February, while Ponting, after doing impressive work with the team, is all but very likely to remain at his capacity.