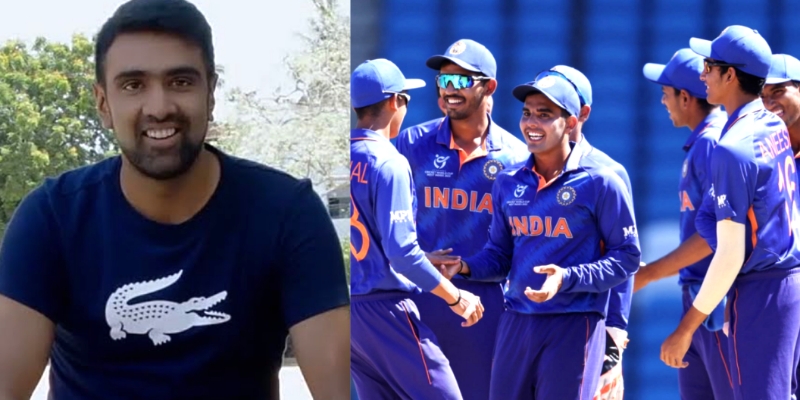 Indian cricket team’s off-spin bowler Ravichandran Ashwin has picked one certain India Under-19 Cricketer that he thinks will be picked in the IPL 2022 Mega Auction.

The craze of the Indian Premier League is back as the IPL 2022 Mega Auction is set to take place in February and with the teams required more than 20 players each, this year’s IPL Mega Auction is gonna be fierce.

Top cricketers from around the world, including Indian cricketers, have registered themselves for the IPL 2022 Mega Auction and hopes to be picked by an IPL franchise.

IPL 2022 Mega Auction will also feature some top youngsters from the country, the likes of Ishan Kishan, Devdutt Padikkal, Shreyas Iyer and many more.

The auction will also feature India youngsters from the team U19 team that is currently taking part in the ongoing U19 Cricket World Cup 2022 being played in West Indies.

Indian cricket team’s off-spin bowler Ravichandran Ashwin has already made his prediction regarding those players and named a certain players who can get good money in the auction.

In a recently uploaded video on his YouTube channel, Ravichandran Ashwin named young India U19 all-rounder Rajvardhan Hangargekar to may receive good money in the auction.

Ravi Ashwin stated that, “This player must be picked at the IPL Mega Auction, I can’t predict the name of the franchise, but he will surely be purchased and his name is Rajvardhan Hangargekar.”

Rajvardhan Hangargekar, born in Maharashtra, is having a good U19 Cricket World Cup 2022 campaign, where he has played the vital role in helping India to reach the semi-final of the competition.

He has so far scored 39 runs from 4 matches but got to bat in only 2 matches and scored the 39 runs against Ireland in the Group Stage match, where he showcased his hard-hitting ability.

He hit 5 sixes and 1 four in that inning to score 39 runs from 17 balls with a strike rate of 229.41. He has also taken 5 wickets and has been economical throughout.