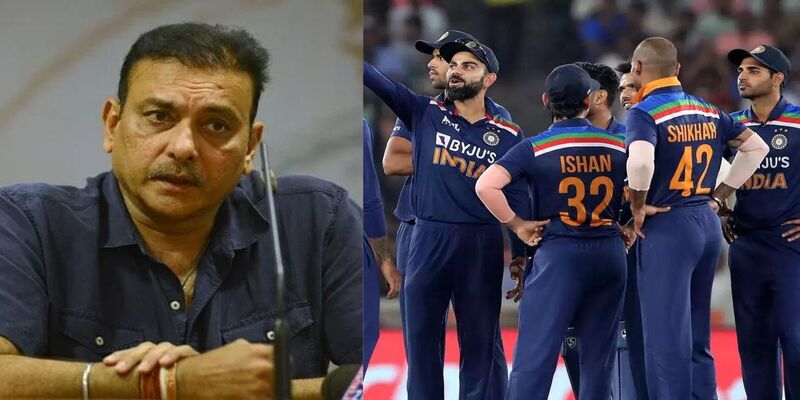 The 15th edition of the Indian Premier League has provided a platform for many players to showcase their real talent. That’s the reason the world has seen some young players like Shahbaz Ahmed, Ayush Badoni, Vaibhav Arora, and Akash Deep. But on the other hand, it has given some veterans the chance to prove to the world again that there is a lot of cricket left in them. Umesh Yadav and Dinesh Karthik are some of the great examples in the ongoing IPL season.

In particular, Dinesh Karthik has been brilliant for the Royal Challengers Bangalore this season so far. The veteran wicket-keeper batsman has contributed in all three matches for the RCB. He is yet to be dismissed in the tournament. Seeing him bat in that manner and finish games on a consistent basis has gained a lot of praise from many ex-cricketers and fans.

Former Indian head coach Ravi Shastri believes that Karthik has the potential to feature in the T20I World Cup squad. Shastri also expressed that the experience of Karthik could also play an important role for the Indian team.

Speaking to ESPNCricinfo, the former Indian head coach said that India has a jam-packed schedule before the World Cup. That might result in a few injuries to some players. He said that if Karthik has a good IPL season because he has started really well so far, then he might be considered for the World Cup.

Adding to that, he said that the veteran wicket-keeper is vastly experienced and got all the shots in the game. He also highlighted that India is lacking a finisher as MS Dhoni is no longer part of the team. Shastri also added that, being a wicket-keeper, Karthik will give you another option in case Pant or Ishan Kishan get injured. He said, “There’s Ishan Kishan, Rishabh Pant, and now there’s Karthik. And if there’s an injury there, then he comes in automatically.”

Royal Challenger Bangalore signed the veteran wicket-keeper at a price of INR 5.50 cr. And it has paid off for them so far. He has played three incredible innings this season. Karthik has had 32* off 14 balls, 14* off 7 balls, and 44* off 23 balls in three innings so far.

“He never applied for NOC” – Sources discloses why Babar Azam was not picked in The Hundred 2022 draft
Before T20I World Cup, Pakistani opener Shan Masood to play T20 match against Team India
To Top