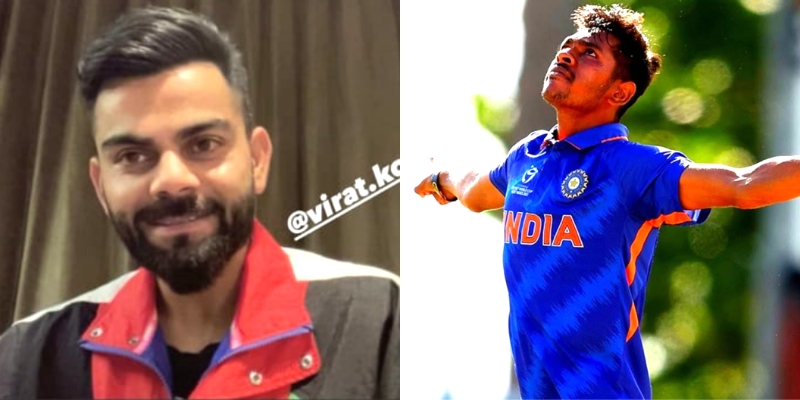 The hero of victory was a fast bowler like Ravi Kumar, who along with Raj Bawa, completely destroyed the backbone of the English batting order.

The basic objective of this session was to instill enthusiasm in the team so that they enter the finals with a strong mindset and motivate themselves with the conversation.

During this session, Ravi Kumar asked Virat Kohli about his weakness. Ravi Kumar asked, “What is your weakness ?” To which, Virat replied without wasting any time, “kyun abhi se out karne ki training kar raha hai kya (Why? Are you planning to get me out now only ?)”

During the Under-19 World Cup, Ravi took 10 wickets in six matches and gave the all important solidity to the Indian bowing attack would use to get wickets in the powerplay. His quick pace and ability to swing the ball has impressed everyone.

Ravi said after the triumphant victory over England that he only focuses on keeping his basics right. He said that coaches tell him to not to worry and result and should focus on his basics and revealed that his plan was to bowl tight line and length.

Prime Minister Narendra Modi also congratulated the team on India’s victory. BCCI President Sourav Ganguly has decided to give a reward of Rs 40 lakh each to every member of the team, including 25 lakh to each support staff members. Team India will also be honoured in Ahmedabad after returning from the West Indies.