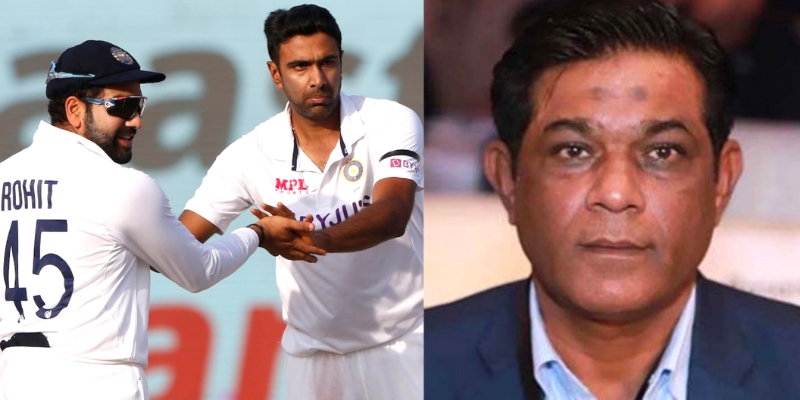 India took an unassailable 1-0 lead in the in the first test match between India and Sri Lanka at Mohali with an inning and 222 runs victory. The Indian cricket team not only achieved the third-highest victory by runs in Test cricket against Sri Lanka in this match, but it was also historic in many respects. For former captain Virat Kohli, this was the 100th Test match of his career while it was the first match for Rohit Sharma as Test captain.

During the match, all-rounder Ravindra Jadeja recorded many historical records to his name, while Indian team’s off-spinner Ravichandran Ashwin also played an important role in the victory and achieved a big record for himself too.

Anil Kumble (619) holds the record for taking the most wickets in Test cricket for India. After the match, Indian captain Rohit Sharma praised the players, during which, he called Ashwin an all-time great.

Rohit had said that in his eyes he is an all time great. He had further said that Ashwin has been doing well while playing for India and has been instrumental in winning many matches.

While Rohit Sharma seemed very happy with the performance of the off-spinner, former Pakistan wicketkeeper batsman Rashid Latif did not like the statement from Rohit. Latif believes that Ashwin can only perform well in home conditions, while India have produced many better spin bowlers than him, who can also perform better on foreign pitches.

"Anil Kumble, Ravindra Jadeja better than Ravi Ashwin in away conditions." – Rashid Latif (To Caught behind)

Talking further, Rashid Latif said that there is no doubt that Ashwin has been the best bowler in India but Rohit calling him an all time great is a bit too much. According to him, he was trying to motivate the players but his tongue slipped.

Let us tell you that the Indian team will play the second and last Test match of the series against Sri Lanka in the day night format at the Chinnaswamy Stadium in Bengaluru from the 12th March.