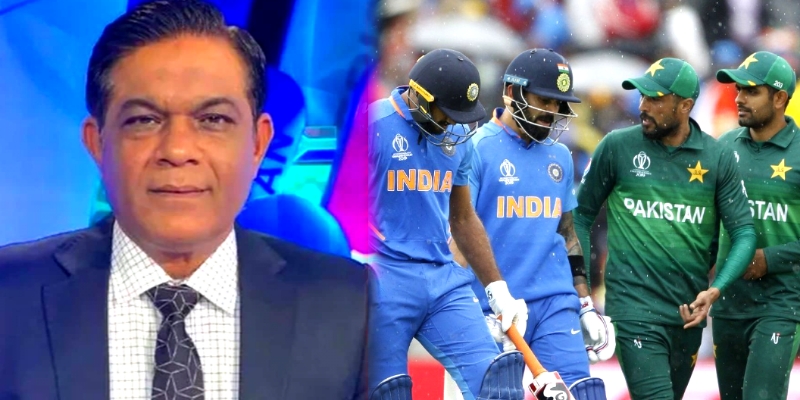 India vs Pakistan is the biggest match in the game of cricket till date. The match adds extra excitement of the game, doesn’t which format the match is being played on, whether it is the Test cricket, ODI or T20 International.

However, the last about 12 years, both India and Pakistan have not taken part in any Bilateral series, due to the political drama between the countries. But, they have faced off several times in the big events, whether it is the ICC World Cup of sort, any Asia Cup matches.

India is one of the biggest cricket team in the world. However, former Pakistan cricketer Rashid Latif believes that Pakistan team is currently better than Team India.

The former Pakistan international was quoted by Cricket Pakistan as saying that India is a good team, but currently Pakistan is a better team. “India is no doubt a good team but there’s no example of the way Pakistan is currently playing cricket,” said Latif.

He also added that Pakistan has some of the greats of the current era, the likes of Shaheen Afridi, Babar Azam and Mohammad Rizwan, who are among the best in the ICC Ranking compare to Indian players.

He also said that it is likely that the Asia Cup 2022 will down to the last 2 of Team India and Pakistan cricket team. The very last time that the two teams met, Pakistan recorded a thumping win over the Men in Blue, registering a 10 wickets win in the T20 World Cup 2021, played in United Arab Emirates (UAE). Rashid Latif believes that Pakistan’s win over India in the T20 World Cup has played a major role in Pakistan’s improvement in the game.