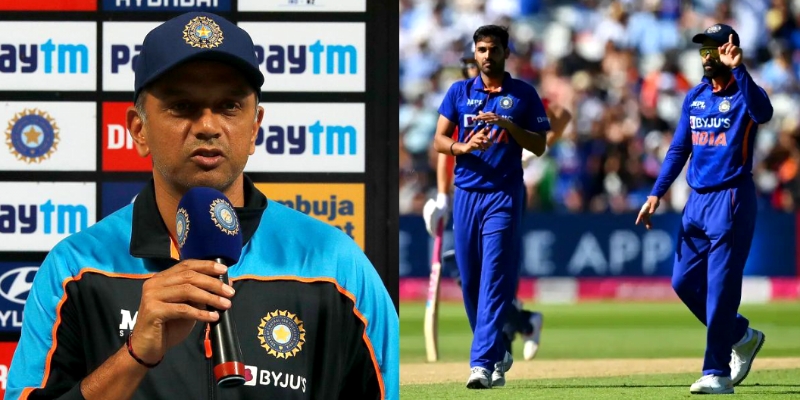 While the cricket fans are deprived of India vs Pakistan match the most of the times, they are now getting a double dose of it as India and Pakistan is set to face off in what will be the 2nd time in a week’s time in the Asia Cup 2022.

The first match of the biggest cricket rivalry was played on the 28th of August as both of the teams’ opening match of the competition. It was the Men in Blue who came out victorious.

Batting first, Pakistan could only post a total of 147 runs. Hardik Pandya led the Indian team’s chase as the prolific all-rounder played a brilliant inning of 33 runs from 17 balls to guide India to victory.

However, it’s now time for the 2nd battle. As Team India and Pakistan played 1 and 2 in the Group A table ahead of Hong Kong, the two teams will now face off for the 2nd time in the tournament.

Ahead of the match to be played in Dubai’s Dubai International Cricket Stadium, Team India head coach Rahul Dravid attended the pre-match press conference. He had a tackle a number of quirky question and himself gave some quirky answer.

During the session, Dravid was asked about the comparison of the bowlers of the Indian team and Pakistan. But, Rahul Dravid had a answer that left everyone confused.

A journalist present on the press conference scene asked Rahul Dravid about the comparison between Pakistan pacers who bowl at 145 KMPH+ and the Indian bowlers. To which, Dravid said that pace is good but it is the result which matters the most and Indian bowlers deliver results. He also wanted to use a four letter word that starts with but avoided.

“It may reflect in numbers that someone bowled at 145 or 147kph, but at the end of the day, I believe we have a really good bowling attack that produces results,” Dravid said.

“I want to use a word but can’t. The word in my mind is coming out of my mouth, but I can’t use it. It’s a four-letter word that starts with ‘S’, but ok,” he added.

The following remark by the Indian team’s boss has left everyone confused and many believe that while Dravid avoided, but actually wanted to use the word ‘Sexy’.

PSL 2023: PCB announces Pakistan Super League season 8 dates; adds a huge announcement
“Many have my number” – Virat Kohli reveals who stood by him during his tough phase
To Top