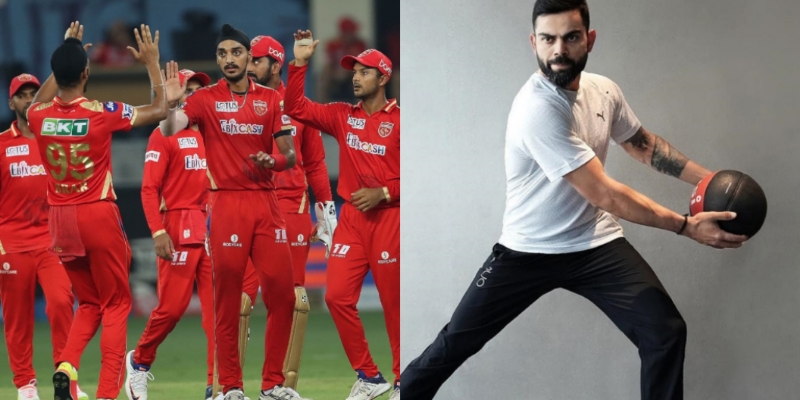 Kohli is also quite famous for his fitness and regularly shares fitness related posts on his social media handle. He has become a role model for quite a lot of people. And Punjab Kings and Sri Lanka’s batsman Bhanuka Rajapaksa is the latest of his admirer.

Rajapaksa played a vital inning of 43 runs against Virat Kohli’s side Royal Challengers Bangalore (RCB) in the opening match of the campaign for Punjab Kings while chasing a massive target of 206 runs.

While talking to news agency PTI, Bhanuka Rajapaksa talked about playing for Punjab Kings under the leadership of Mayank Agarwal in the IPL 2022. He also talked about Virat Kohli in that interview, where he (Rajapaksa) called him (Virat Kohli) the Cristiano Ronaldo of cricket.

He stated to PTI that outside of Punjab Kings, he admires Virat Kohli, and is someone he likes to speak to and get advice on fitness.

Impressed by Virat’s fitness, Rajapaksa went on to even compare him with Manchester United and Portugal’s star forward Cristiano Ronaldo, who is also quite well known for his fitness and at the age of 36-years-old, he is still keeping on going and is an important part both the club and the country.