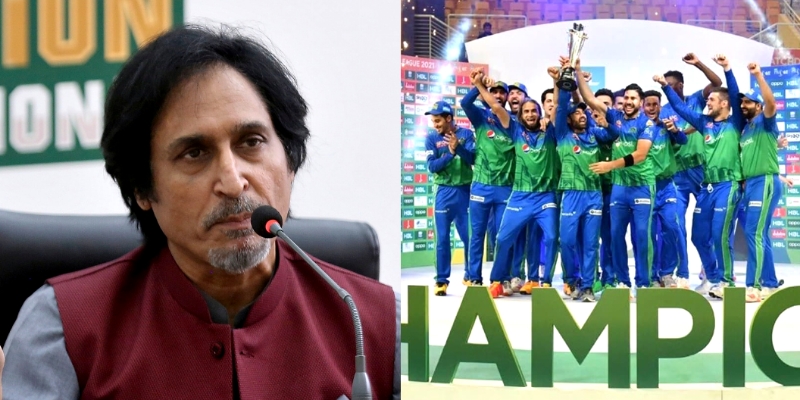 The Pakistan Cricket Board (PCB) has announced the dates for the upcoming eighth edition of the Pakistan Super League (PSL) after the Governing Council meeting at the National High-Performance Center in Lahore on September 2nd.

The Pakistan Super League 2023 (PSL 2023) will begin on February the 9th, while the final match will be played on 19th of March, whereas the matches of PSL 2023 will be played in four cities of Pakistan, Karachi, Lahore, Multan and Rawalpindi. Let us tell you, the last season of PSL was won by the Lahore Qalandars under the leadership of star Pakistan pacer Shaheen Shah Afridi.

Let us also add that Islamabad United is the most successful team in the history of the competition having won the PSL title twice, while Peshawar Zalmi, Quetta Gladiators, Karachi Kings and Multan Sultans have all won the title once each.

Meanwhile, Pakistan is going to host England in seven T20Is from 20th of September, and the Pakistan Cricket Board (PCB) President Ramiz Raja has announced that the gate earnings of the first T20I match, that will be held in Karachi will be donated to the Prime Minister’s Flood Relief Fund.

The PCB has urged all fans to buy as many tickets for the Pakistan vs England match as a show of solidarity and support to all those affected by the floods.

Ramiz Raja was quoted by the PCB’s official website as saying, “As cricket unites our proud nation, we stand with the victims and all those involved in flood relief and rescue operations in this difficult situation. Being a responsible organization, PCB has always stood by its fans and the public in difficult and challenging times. That’s why we have decided to donate the proceeds from the first T20I match against England next month to the Prime Minister’s Flood Relief Fund.”