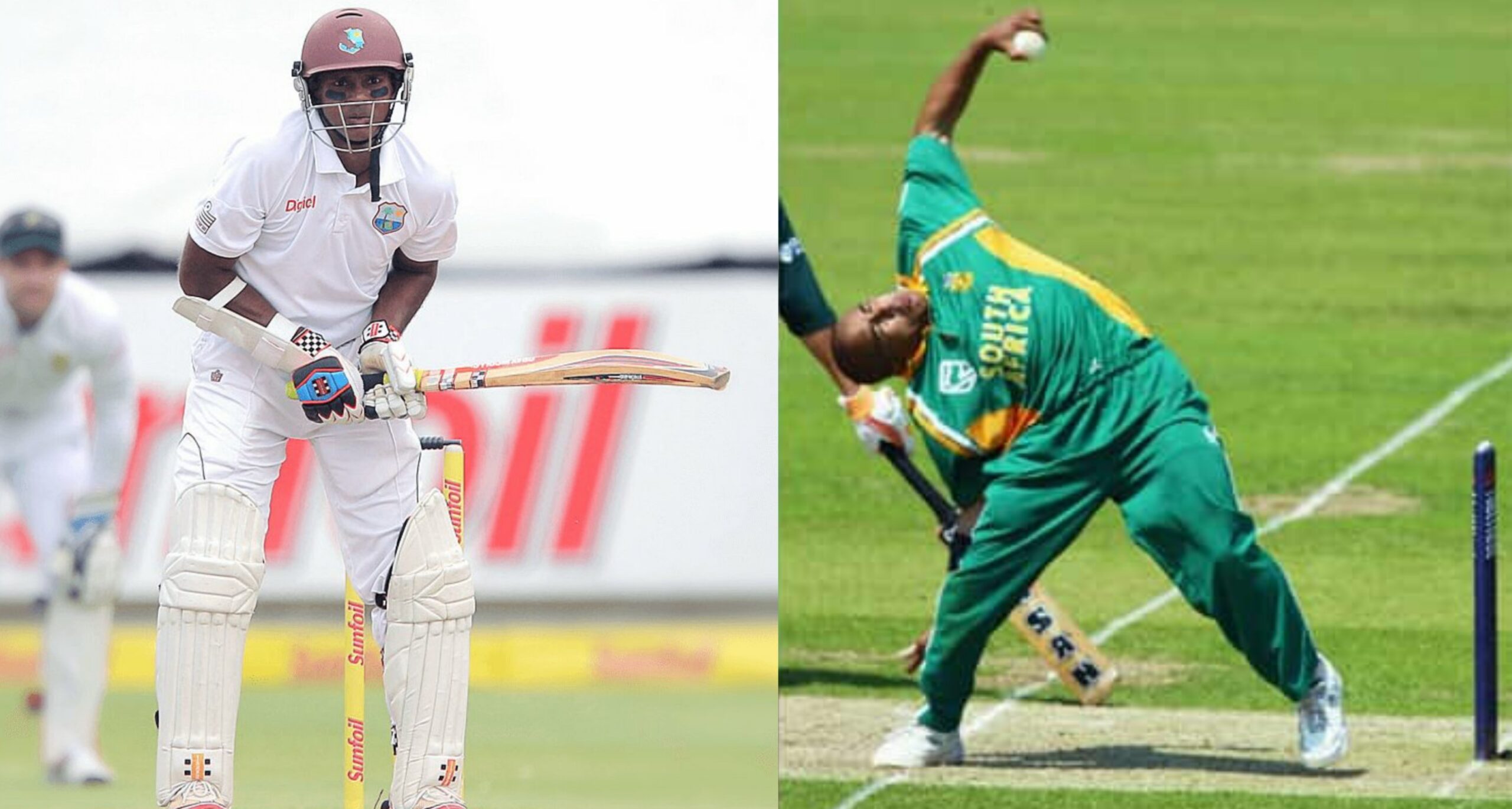 Having an inventive approach to one’s game can be very important for a cricketer. With kind of video footage on offer for analysis, batsmen and bowlers could be easily picked after a couple of games. It is in this scenario that being ‘unorthodox’ becomes important. Unorthodox players in cricket are also one of the most interesting to watch.

While playing unorthodox cricket for a spot moment is common, there are a few players who have been unorthodox for their entire careers. Their technique in itself out of the ordinary. In this article, we take a look at a unique XI comprising the most unorthodox players in cricket.

Virender Sehwag exudes a brand of cricket that’s both entertaining and adds value to a team’s cause. However, if you look at Viru’s technique, it is one that’s not recommended by the experts. His feet movement is almost nil, and despite this, Viru has scored triple centuries in Tests.

Now, we all are aware of Chanderpaul’s unconventional batting stance. His chest was almost facing the bowler in his stride. Despite this, the West Indian scored tons of runs and ended up as one of the highest-capped players for his country.

Steve Smith is one of the best Test batsmen at the moment. However, his technique is unorthodox, and, amazingly, he makes so many runs with it. Some of his ‘leaves’ have also been subject to humour on a cricket field.

The rest of the middle-order will comprise two Indian wicket-keeper batsmen. Rishabh Pant, in the first place, has an unorthodox approach to the game itself. He is fearless, and be it any situation, he takes on bowling. This is although he knows that the opposition will be expecting him to go for his shots.

MS Dhoni’s shots may not be from the textbook, but they are immensely valuable. For instance, his helicopter shot is very difficult to execute for other batsmen, but for MSD, it’s just a walk in the park.

Lance Klusener‘s bowling may not unorthodox but his batting is definitely is. His high baseball backlift is almost rare in the game. Despite this, he was one of the best all-rounders for South Africa. He won many games for his side with his batting in the lower order.

We will have five bowlers in this XI comprising the most unorthodox players in cricket. For a bowler, his action comes as a subconscious habit and hence, none of it can be considered as a gimmick. More importantly, all these bowlers have been successful in their trade for a long time.

Sohail Tanvir’s left-arm action troubled the best of batsmen. He was very successful for Pakistan at his prime. Lasith Malinga and Jasprit Bumrah are yorker specialists, and both have unorthodox actions. While Malinga’s delivery point is way low, Bumrah’s stiff-arm while bowling is extremely unconventional.

In the spin department, we have Muralitharan and Paul Adams. While Murali was different with his action than a usual off-spinner, Paul Adams was a chinaman whose face position when the bowl was delivered was such that he would not be knowing where the ball would land.