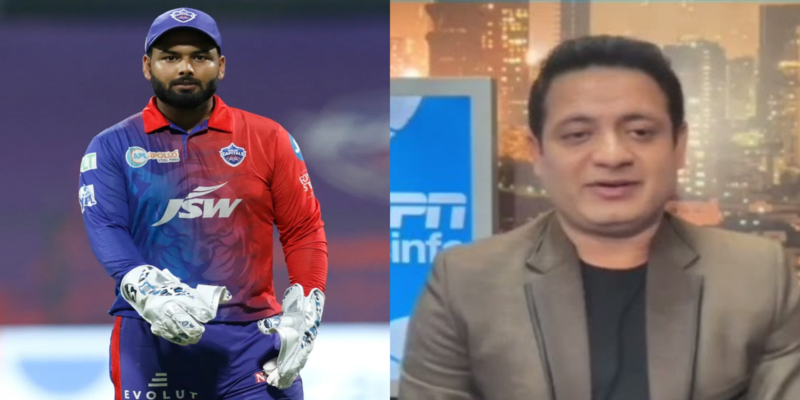 Delhi Capitals lost a must-win game against the Mumbai Indians in their last league game and that kicked them out of the 15th edition of the Indian Premier League. If they had won that match, they might have been playing in place of Royal Challengers Bangalore in the playoffs. That loss was not easy to swallow for fans and some of the ex-cricketers. They slammed DC skipper Rishabh Pant for his poor captaincy and form.

His tactical errors on the field in the last game were one of the reasons that DC lost against MI. That is the reason that Pant faced a lot of backlash after the match ended. However, Indian veteran leg-spinner Piyush Chawla has come out in support of the young captain.

In a media interaction with ESPNcricinfo, Chawla has said that Pant is still young and is in his learning stage. He said that it can happen to any captain. The match-turning moment came when Pant didn’t review the appeal against Tim David when he edged his first ball off Shardul Thakur.

The skipper decided to not go upstairs, and later it was shown that the ball took a clear edge. The veteran leg-spinner further said, “Pant is one for the future and will learn. He is a street-smart cricketer, who will only improve as he keeps leading.”

Notably, Rishabh Pant hasn’t had any major impact with the bat in his hand. He only scored 340 runs in the season at a strike rate of over 150. However, he didn’t even cross the 50-run mark once. Speaking of his batting, Chawla said that the captaincy didn’t have any impact on his batting.

Because if there is a ball to hit, he will hit the ball. The leg-spinner added that Pant batted well in patches and had played some good cameos but wasn’t able to convert those. He concluded, “I would like to see him leading Delhi against in next year.”