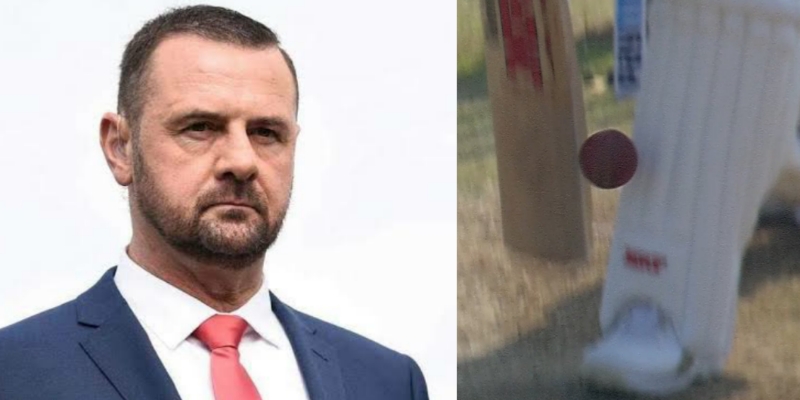 Virat Kohli was out for a duck on his fourth ball in the first innings of the ongoing Mumbai Test against New Zealand. However, the decision was a controversial one as multiple video evidence showed that Virat was not out. In this article, we take a look at what Simon Doull replied to the video about Virat Kohli‘s controversial LBW decision on Day 1.

After missing the Kanpur Test, Virat Kohli returned to the XI for the game in Mumbai. Since everyone was expecting him to score a lot of runs, it was a disappointment when he was out very soon. India also came into a difficult situation due to that wicket.

However, Virat soon reviewed the decision. On replays, it was seen that the ball was hitting the pad and the bat at the same time. Although as per law, this has to be given not out, the third umpire mentioned that there was no conclusive evidence to overturn the onfield decision and hence, Virat Kohli had to walk back to the pavilion.

Simon Doull reacts to the viral video regarding the dismissal

Former New Zealand cricketer Simon Doull re-iterated that it was the correct decision. Apart from expressing his opinions while commentating, he also said the same on Twitter.

A video went viral which showed that the ball actually hit the bat first. Shane Warne also quoted it and said that it was not out. Simon Doull reacted to this.

It’s a clear indication of find the pictures to suit your narrative is all that is. In the side view the bat has not reached the ball by the time the ball reaches the pad so there for its safe to say hitting the pad first as its directly in the same line did happen first. #simple

After the dismissal, many have been advocating for the return of the Hotspot technology. It needs to be seen if BCCI makes a decision in this regard.