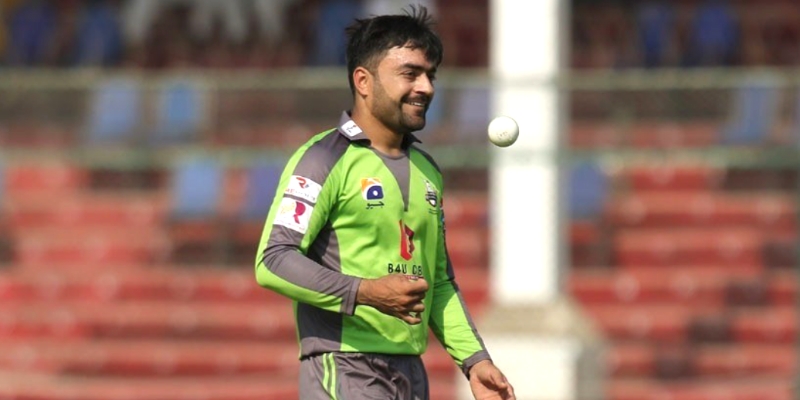 The Pakistan Super League 2022 edition is in full flow. The tournament began on the 27th of January and each and every team has so far played a minimum of 5 matches as the Multan Sultans lead the points table.

One of the franchise of the tournament, the Lahore based Lahore Qalanders have been forced to make a mid season change in the squad after key player Rashid Khan left the squad.

Rashid Khan has had to leave the squad following International call-up for the Afghanistan tour of Bangladesh later this month.

As a replacement for Rashid Khan, Lahore Qalanders have called-up a like for like replacement in Fawad Ahmed. The 40-year-old former Pakistan International leg-spin bowler Fawad will be available for the Lahore Qalanders in the some of the matches of the 2nd half of the league as well as the qualifiers.

Rashid Khan did not had the most successful campaign in terms of taking wickets than he normally does, but still bowled economical bowling.

In total 5 matches this edition, Rashid Khan has managed to pick up only 4 wickets, taking 4 wickets in the first four matches, while the fifth, he was wicketless.

Halfway through the season of the Pakistan Super League (PSL) 2022, Lahore Qalanders have currently played 5 matches and have won 3 matches of those and currently sits 3rd in the points with joint points as the 2nd placed Islamabad United, with 6 points.

The Lahore based franchise will next play the Multan Sultans on the 11th February. Multan Sultans are currently the top placed team in the points with a dozen point to their name and so far undefeated.