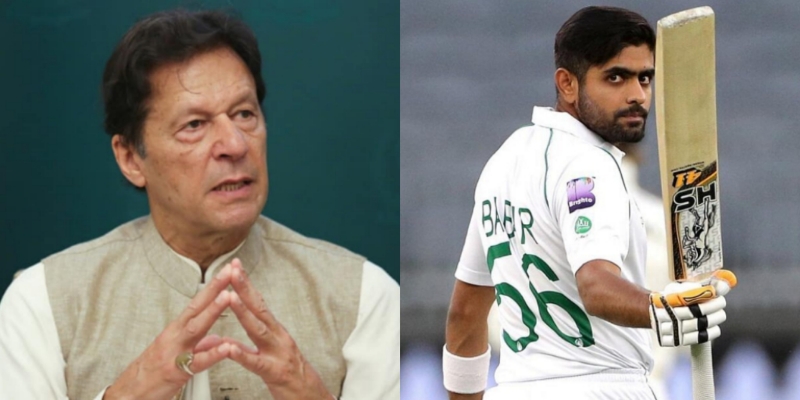 Former Pakistan cricketer and captain now now the Prime Minister (PM) of Pakistan, Imran Khan was full of praise for the Pakistan team’s skipper Babar Azam as the talismanic batsman helped his team garner a draw against Australia after was bundled out for just 148 runs in first inning.

After winning the toss, thanks a century from Pakistani origin batsman Usman Khawaja‘s century, Australia managed to put on 556 runs on the board as Khawaja scored 160 runs. Alex Carey unfortunately missed out on his century after was by Babar Azam.

Pakistan’s first inning was a nightmare of the Azam led side as they were bundled out for just 148 runs. Australian bowlers wreck havoc on the day’s play. Skipper Pat Cummins decided to cut short the 2nd inning after they declared for just 97 runs in the 2nd inning, looking for a win.

However, all the dreams of winning the match was put to rest by Babar Azam, who played heroic inning of 196 runs, unfortunately missing out on his double hundred, but still registered his career best score, which helped Pakistan to at the end to draw the match.

Babar garnered a lot of praise after his inning, which turned a match saving masterclass. Pakistan’s PM Imran Khan has also joined the fray as he praised Babar for fighting spirit.

Bolnews quoted the Pakistan PM congraluting Babar Azam. He further was quoted as saying that Babar played a superb captain’s inning and termed it as world-class batting display. He also congraluted Mohammad Rizwan and Abdullah Shafique as he missed on his century by 4 runs in the 2nd inning, while Rizwan scored 104 runs, standing there alongside skipper Babar and leading the team.

Imran Khan was quoted, “Congratulations to Babar Azam for leading the Pak team in a tremendous fightback with a superb captain’s inning & world class batting display.”

With that, the series still currently hangs in the balance after the opening 2 matches. There is 1 more match to be played from the 21st March, which will decide the series. After the Test series, the teams will take on each other in 3 match ODI and 1 T20I series.