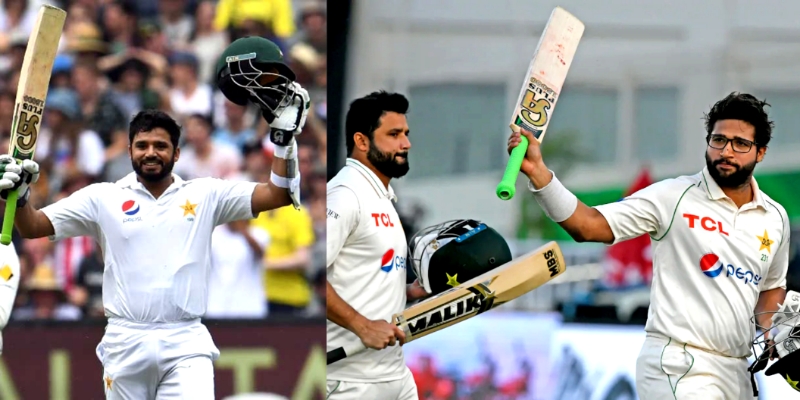 On the second day of the first Test match of the series being played between Pakistan and Australia in Rawalpindi, Pakistan declared their first innings after scoring 476 for the loss of 4 wickets.

Azhar Ali missed out on completing his double century by 15 runs and was dismissed for 185 runs. While Imam-ul-Haq played an innings of 157 runs. In response to which, the visitors Australia scored 5 runs without any losing any wicket by the end of Day’s play. Usman Khawaja has scored 5 runs, while his partner David Warner is yet to open his account.

Pakistan resumed the second day’s play from the overnight score of 245 runs. Imam-ul-Haq, who remained unbeaten on 132 after the first day, completed his 150 off 329 balls. In the first session, both the batsmen opted to play very slowly. The pair added 57 runs in the first session on the second day. By lunch, the team’s score was 302 runs for 2 wickets.

After which, both of them, Azhar Ali and Imam completed a 200-run partnership in 496 balls for the second wicket. Azhar Ali completed his century off 257 balls with 8 fours and 1 six.

After lunch, Imam-ul-Haq got LBW off Pat Cummins after scoring 157 runs. Pakistan skipper Babar Azam then came out to bat. Babar supported Azhar Ali from the other end but he was run out after scoring 38 runs and Pakistan lost their third wicket. Azhar and Babar shared 101 runs for the third wicket. When Babar got out, Pakistan’s score had reached 414 runs.

Mohammad Rizwan came out to bat after Babar Azam was dismissed. Rizwan and Azhar shared a 28-run partnership for the fourth wicket. Marnus Labuschagne broke this partnership as he got the big fish, Azhar Ali caught by Cameron Green.

Azhar scored 185 runs in 361 balls. Before the end of the second day’s play, Pakistan captain Babar Azam declared the end of the inning for the score 476 for 4 wickets. Rizwan on 29 and Iftikhar Ahmed returned unbeaten on 13 runs.

Australia got a chance to bat in the last over of the day. The pair of Usman Khawaja and David Warner did not let any wicket fall for their team before the end of the day’s play. Before the end of the second day’s play, Australia scored 5 runs for no loss of wicket. Khawaja has scored the 5 runs while Warner is yet to open his account. Australia is trailing by 472 runs behind Pakistan on the basis of first innings.