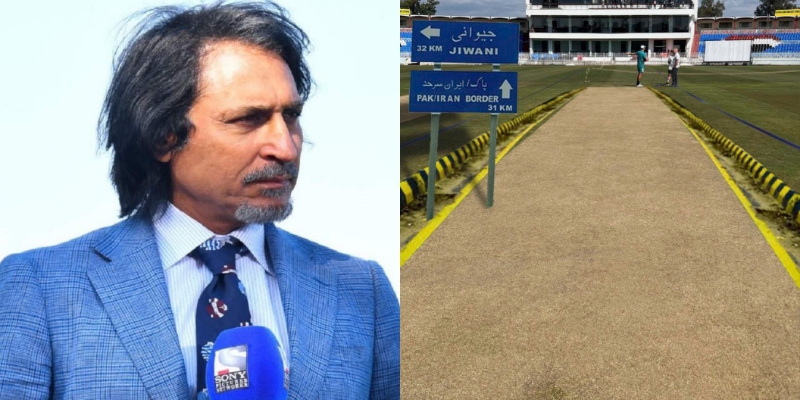 Throughout the five days of the Pakistan cricket team hosting the Australian team in the historic series, the pitch condition in Rawalpindi for the first Test was criticised by many cricket experts, including the Pakistani legends too, but the current Pakistan Cricket Board (PCB) chairman Ramiz Raja has backed the pitch.

After a huge gap of 24 years, Australian cricket team returned to Pakistan for a away series. The first match of the three match series ended in a dull draw as the Pindi Stadium’s pitch for the match was the topic of gossip all around the world.

Many top current players as well as the former players, including some of the former Pakistani players have also spoken about criticising the pitch condition for the match.

But, former Pakistan cricketer and legendary batsman Ramiz Raja, who is also the current Chairman of the Pakistan Cricket Board (PCB), has come out backing the Rawalpindi ground pitch.

Speaking in a video press release statement uploaded by the Pakistan Cricket Board (PCB), Ramiz Raja spoke about the Rawalpindi ground’s pitch condition for the first Test.

He said that he understands the fans’ frustration on not getting a result from the match, and added that there is still 2 more matches to come and don’t want to prepare a pitch that will give advantage to Australia.

A part of his statement reads, “Just for the heck of it, we don’t want to prepare a fast and bouncy pitch and play into Australia’s hands.”

Ramiz Raja also added that he understands that a drawn Test match is not a good advertisement for Test cricket, but assured that once the season ends, he will work on to prepare better pitches, bringing in soil from Australia.

After the first match between the teams ended in a draw in Rawalpindi, the 2nd match of the series will be between the 12th March till the 16th March in Karachi.