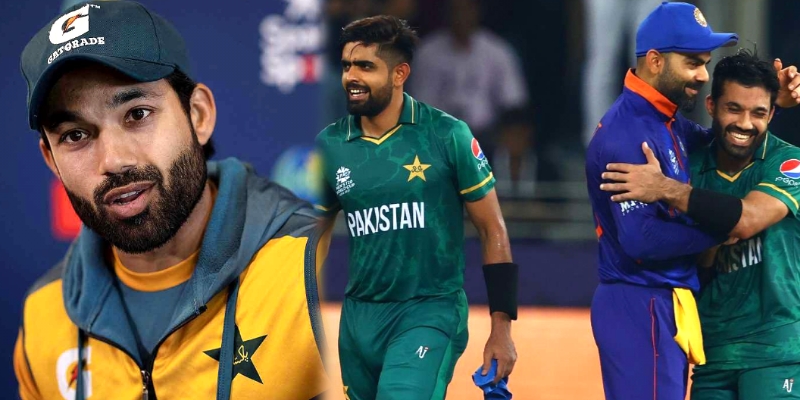 Pakistan cricket team’s wicketkeeper batsman Mohammad Rizwan recalled his meeting with Virat Kohli and the Pakistani players’ meet-and-greet session with then India mentor MS Dhoni at the T20 World Cup last year. He also said how there was an atmosphere of cordiality between the players of both the teams.

Talking on a YouTube show, Rizwan said that it was only his first time meeting with Virat Kohli, and just everyone else, he had only heard about him. He added that the way Kohli met with the him and the other players was an amazing experience.

“It was the first time I was meeting Kohli. The kind of things I had heard about him… like other players told me ‘Virat is aggressive and all’. But the way he met me before and after the match, it was amazing,” said the wicketkeeper batsman.

Apart from this, Rizwan also said that there is no star when they take the field. There is no brotherhood or anything like that on-field, but, off the field, when they met with Kohli and also met legend MS Dhoni, they got a lot of love and affection.

“When we met Kohli, and some of our players also met MS Dhoni, we met with a lot of love and affection. Nothing was different,” added Rizwan.

Significantly, last year the Indian team had to face defeat against Pakistan in the T20 World Cup. Pakistan came out of the match as a superior team, winning the match by 10 wickets.

The Pakistani players met Virat Kohli and other team members after the match. Players from both the teams also interacted with each other. At the same time, photos of Kohli and Rizwan’s conversation on the field also went viral. It was also the first time that Indian team had to face defeat against Pakistan in a World Cup match. Earlier, the Indian team had always won the World Cup in both ODI and T20 formats.

Not Virat Kohli or Sachin Tendulkar, Hardik Pandya names his favourite cricketer
“People think that he isn’t in form” – Former Pakistani skipper has a major say in Virat Kohli’s poor run of form
To Top