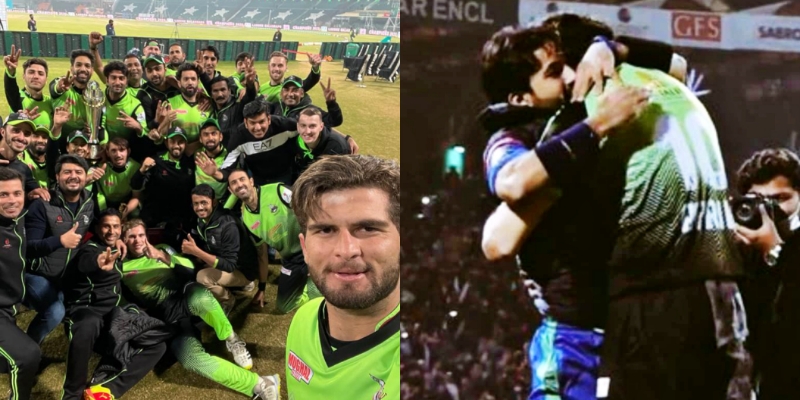 After a dominant performance in the Pakistan Super League (PSL) 2022 final, Lahore Qalandars walked out with their first ever Pakistan Super League trophy and losing team’s captain Mohammad Rizwan has nothing but gratitude for his team’s opponent team and their skipper and national team teammate Shaheen Shah Afridi.

Lahore Qalandars showcased their best of game in the most biggest match of the Pakistan Super League 2022 season, when they dominated the most dominant team from the PSL 2022 League Stages.

After a nothing short of disastrous start to the match, Lahore Qalandars produced the greatest of comeback. At a point, from being 3 wickets down for 25 runs, they managed put 180 runs on the board.

Mohammad Hafeez, Harry Brook and David Wiese showed their brilliance with the bat, especially the latter two, who showcased some quickfiring shots, of whom, Wiese scored 28 runs from just 8 balls.

They were brilliant with the ball as well, giving Multan Sultans no chance to go at all, and in the end, were bowled out for 138 runs. It is Lahore’s first PSL Trophy, but what more wonderful scene to watch was, when the losing team’s captain Mohammad Rizwan went ahead to hug national team teammate and Lahore’s skipper Shaheen Afridi.

Girte hain Sheh'sawaar hi maidaane Jang me!@MultanSultans played like champions & champs get up after being knocked out. Yaqeen rakhna hai. Thanks to all the fans, staff, players, coaches & owner.

Shaheen Afridi also took to his Twitter handle and congraluted his teammates. He also praised Mohammad Rizwan and Multan Sultans for fighting like a champion.

With the Pakistan Super League (PSL) 2022 edition now over, up next in the card for Pakistan, is the historic series against Australia in March, with the first Test match scheduled to take place on the 4th of March.