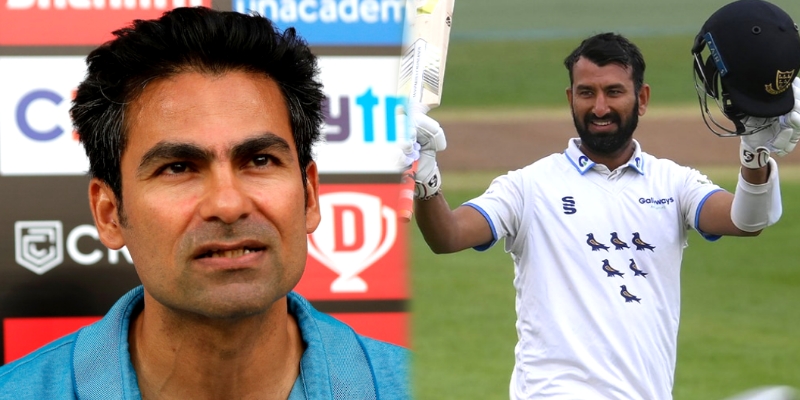 Former Indian cricketer Mohammad Kaif has praised veteran India batsman Cheteshwar Pujara, saying that he is a great example and source of inspiration for the outgoing and struggling player. Pujara was dropped from the team due to poor run of form, but he decided to play Ranji Trophy and County Cricket, which helped him to regain his form as well as returning to the Indian Test team.

The right-handed batsman had a stellar performance for Sussex in the County Championship 2022, scoring 720 runs in just eight innings at an impressive average of 120. Pujara’s recent performances and his inspirational comeback have left the former Indian batsman extremely impressed.

Let us tell you that Pujara is currently part of the Indian team for the rescheduled Test match against England to be played from July 1. Apart from this, the Indian team will also play three T20 Internationals and three ODIs on the tour of England.

During a conversation with NDTV, Mohammad Kaif said that not only does the young players, but also should the struggling players can learn a lot from Cheteshwar Pujara. He said that one can take inspiration from him in what to do after getting dropped.

“You can learn so much from Pujara. If you get dropped, what do you have to do as a batter? You go back to County, you go back to Ranji and you score runs and runs and I mean, score tons and tons of runs. He has done that,” said the former Indian cricketer.

Pujara has been in an important force for the Indian cricket team in Test cricket. But, the last couple of months didn’t go well for him and was all set to be dropped from the Test series. And after not getting picked in the IPL, Pujara decided to work on what he is best at.

He decided to play for Saurashtra in the Ranji Trophy and also signed for English County side Sussex, keeping in mind the Test match against England. And his hard work has finally paid dividend as he has regained the place back.

“It is bothering me and all of us” – Kapil Dev has his say on Virat Kohli’s century drought
“India is no doubt a good team but” – Rashid Latif believes Pakistan team better compare to Team India; Here’s why
To Top