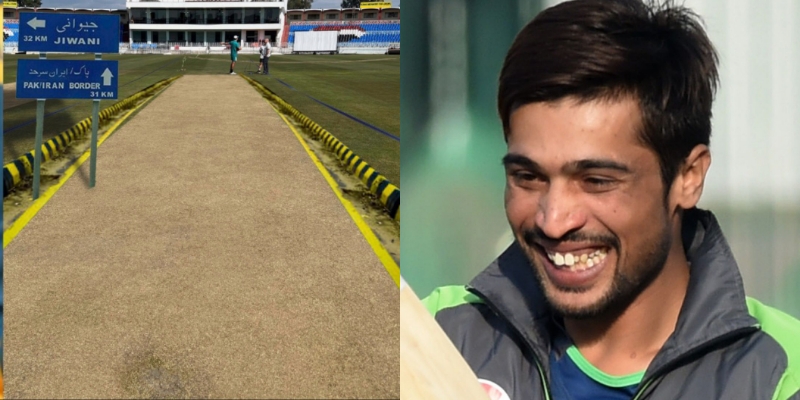 Former Pakistan cricket team pace bowler Mohammad Amir has expressed his dissatisfaction on the pitch that is being used in the ongoing 1st Test match between Pakistan and Australia.

The historic home Test series for Pakistan against Australia after a gap of 24 years, began on the 4th of March, and at the end of the Day 4’s play, more than 900 runs have been scored from just 2 innings, one of the Pakistan and one of Australia.

Seeing such, many have criticized the pitch curator for the pitch, memes have flooded on social media. After opting to bat first, Pakistan put on 476 runs on the board, while Australia have ended the Day 4’s play at 449 runs, with still 3 wickets in hand. All-in-one, this match has been nothing short of a nightmare for the bowlers.

Talking on the situation of the pitch condition, former Pakistan pacer Mohammad Amir took to the Twitter to say in hilarious manner that the bowlers should go to home, comparing it to a road, like Memes have compared it with.

His tweet reads, “is pitch pe to bowlers ko ghar chale jana chaye batman’s ek doosre k sath khail lein. (Bowlers should go home given the nature of this pitch and batsman should play among themselves).”

Talking about the match, opening the inning for Pakistan, Abdullah Shafique added 44 runs, while his opening partner Imam-ul-Haq and Azhar Ali took Pakistan to greater heights. Imam-ul-Haq scored 157 runs while Azhar Ali missed out on his double century after scoring 185 runs.

Even if the total looked too big, it didn’t trouble Australia. David Warner scored 68 runs while opening partner Usman Khawaja missed out on century by just 3 runs. Marnus Labuschagne also missed out on his century after was dismissed for 90 runs, Steve Smith also contributed with 78 runs of his own.

Now it is very unlikely that there will be any result coming out from this match other than a draw.