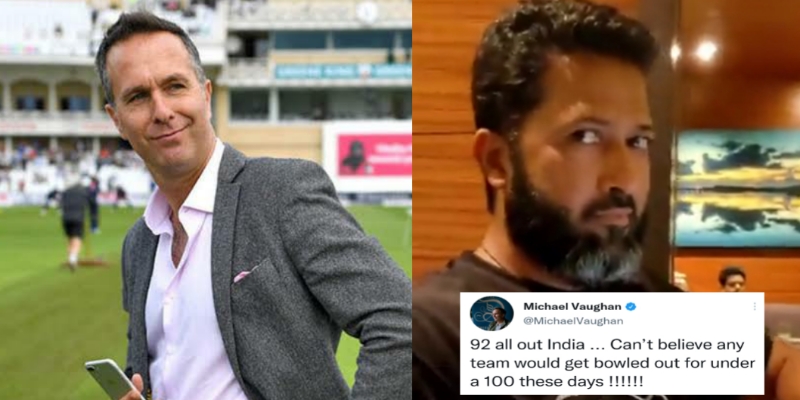 Former England cricket team captain Michael Vaughan has earned every cricket fan’s attention on Twitter by his tweets on the recent happenings in the cricket world. Vaughan praises the top performers of the sport irrespective of the country they play for, but he also does not mince his words when a team or a player does not perform as per his expectations.

The England cricket team is currently on a tour of Australia. The two arch-rivals are competing in the prestigious Ashes series at the moment Down Under. While fans expected the series between the two oldest rivals to be competitive, Australia has been very dominant so far. The Aussies have already taken a 3-0 lead in the series, thereby ensuring that they will retain the Ashes urn.

The third Test of the Ashes 2021-22 series ended earlier today. Michael Vaughan had commented that he could not believe a team could get all out for 100 runs two years ago, but his country England lost all their wickets for just 68 runs in the match against Australia at the MCG. Wasim Jaffer found out his old tweet and posted a video, to which Vaughan responded:

Watch: Sri Lanka’s U19 Player Matheesha Pathirana Reminds Of Lasith Malinga With His Bowling Action
“Hope you have a good auction”, SRH And David Warner Engage In A Banter On Twitter
To Top