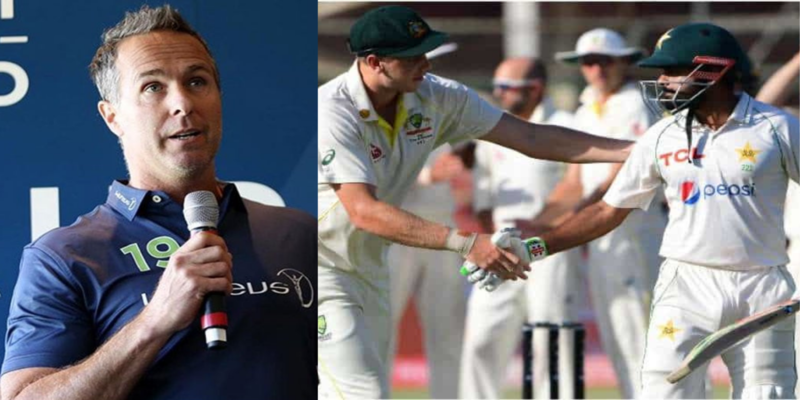 And in the end, the second match of the Benaud-Qadir Trophy ended in a draw. And now both teams will move to Lahore for the third and final match, which will also be a series decider. The scoreline is 0-0 after two Test matches. It was the marathon innings from the hosts that denied Australia the win. In particular, it was a heroic innings from the skipper, Babar Azam, who knocked up his sixth Test century and his highest test score to save the test match for Pakistan.

Despite all the difficulties, Pakistan batted for 171.4 overs and ended their second innings at 443/7. And they were just short by 63 runs of the target. Babar Azam showed why he is rated among the best in the business as he scored his career-best knock of 196 runs. He was unlucky that he missed his well-deserved double hundred by four runs. Wicket-keeper batsman Mohammad Rizwan was not out on 104 and Nauman Ali was unbeaten on 0*. And the home team was left with 63 runs to achieve an extraordinary win.

Former England skipper Michael Vaughan also praised this innings from the Pakistani skipper against the tough Aussie attack. Vaughan took to his official Twitter account and lauded the Pakistani superstar. He tweeted, “Without question I think @babarazam258 is the best all round Batter in the World right now .. Brilliant across all the formats.”

The former English skipper termed Babar as the best batsman in the world right now across the format. Notably, the Pakistani skipper is also the No. 1 ranked T20I and ODI batsman right now. And with his innings today, he has shown the world that he is also superb in the longest format of the game. Vaughan looked so impressed with Babar’s effort that he feels that he is brilliant in all three formats right now.

Babar was also adjudged “Man of the Match” for his efforts in the match. And with this innings, he also became the Test captain with the highest fourth-inning score. His stay of 425 balls also became the longest innings for any Pakistani batter in the fourth innings in terms of balls faced.