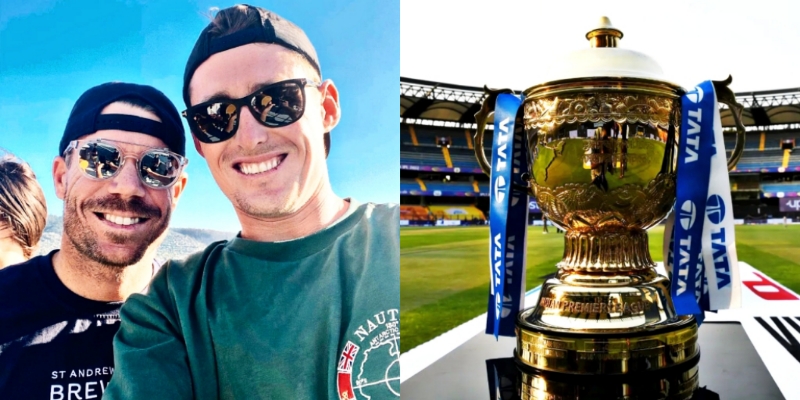 Indian Premier League (IPL) is loved and being watched all over the world as world’s top cricketers take part in the competition, from the likes of India’s Virat Kohli to Australia’s David Warner or South Africa’s Faf du Plessis.

IPL is broadcasted globally by various sports broadcasters, including the nation’s neighbouring country Pakistan, who are currently busy playing series against Australia.

Mainly there is no International played during the time of the Indian Premier League (IPL) season, but due the competition getting expanded this year to a 10 team competition, there are countries wanting to not allow players to play the whole IPL season.

Australia have been in Pakistan for several weeks now and there are several Australian players who are scheduled to play in the IPL after the series, but in the mean time, they are still loving watching the India’s Premier T20 league from the rooms of their hotel.

Marnus Labuschagne, who is a member of the Australian squad in tour of Pakistan, recently tweeted about enjoying the IPL 2022 action while being in their rooms waiting for the 1st ODI that is scheduled to take place on the 29th of March.

Marnus Labuschagne, though is not gonna be a part of the cash rich league, after he was not picked during the IPL 2022 Mega Auction, is still loving seeing his compatriots playing the world’s biggest T20 cricket league. He took to his Twitter account and posted, “Loving watching the @IPL – who are you backing to win?”

Mitchell Marsh ruled out of Pakistan white-ball series; doubtful for IPL 2022
“He can get 15-20 crore” – Shoaib Akhtar claims Babar Azam could become most expensive player in IPL if allowed to play
To Top