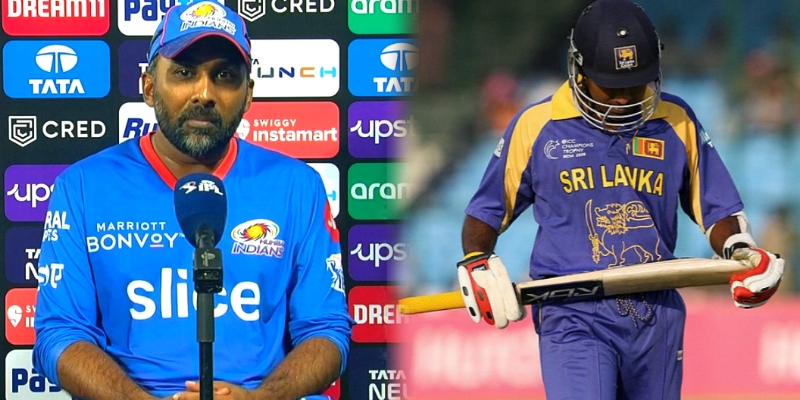 If you are an ardent Sri Lanka cricket team fan, then you must remember golden days of the Sri Lankan cricket, when the team reached the final of the ICC Cricket World Cup 2011, with the likes of Lasith Malinga, Mahela Jayawardene and Kumar Sangakkara the stars of the team.

Meanwhile, after those glory days early on, Sri Lanka have lost their track-record. The team is now unable to compete against the likes of Australia, India, New Zealand or even Sri Lanka.

But, if you are one of those fans of the Sri Lankan, of those glory days, then you must remember how great Mahela Jayawardene was. The right-hand Sri Lankan batter was one of the greatest of that time and players have had to bring their A-Game to have any chance against the former Sri Lanka skipper.

While the bowler have always had to work hard to beat Jayawardene, the man himself has revealed the name of the bowler who was the most toughest for him.

While talking to the ICC Review Show, the Colombo born batter revealed that it is none other than Pakistan’s legendary pacer Wasim Akram who has troubled the Sri Lankan batter the most.

Mahela Jayawardene stated that Wasim Akram has always been hard to go up against, irrespective of the format of the game. He added it was a big nightmare for him to come up against Akram.

Talking more of Mahela Jayawardene, the batter represented Sri Lanka between 1997 till 2015. He made his debut against India in a Test match played in 1997. A year later, made his ODI debut against Zimbabwe.