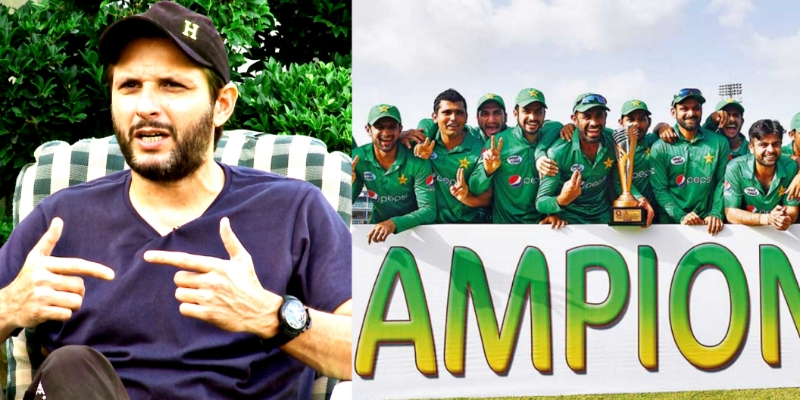 Veteran Pakistan Cricket Team all-rounder Shahid Afridi has stated that Ahmed Shehzad should be given another chance to revive his International career.

Ahmed Shehzad was a very well recognised name is the Pakistan cricket team’s squad for all the series’ during the years 2010 to 2016, but the cricketer started to struggle and was eventually dropped from the team.

But the player started to struggle with form and performance as his career progressed and with emergency of more of quality batsman, eventually Ahmed Shehzad was dropped from the team.

However, former Pakistan cricketer and legendary all-rounder Shahid Afridi feels that Shehzad should be given another opportunity to revive his career.

While speaking to Samaa TV in Pakistan, Shahid Afridi stated that he wishes to see Shehzad get another opportunity. He said, “I hope that he will get a chance in the future.”

Ahmed Shehzad is currently in good form, but was not picked by a Pakistan Super League (PSL) team. However, he scored 410 runs from 5 matches in the Pakistan’s domestic four day tournament.

Ahmed Shehzad has not featured for Pakistan since last featuring for them in the year 2019. He has played 13 Test matches and has scored 982 runs. He has also featured in 81 ODIs and 59 T20Is and has scored 2605 runs and 1471 runs respectively.

Currently, Pakistan cricket team is gearing up for the upcoming series against Australia, that is to take place in Pakistan itself. The series will feature 3 Test matches and as many One Day Internationals (ODI). Also it will consist 1 T20I match as well, beginning from the March 4 with the first Test.