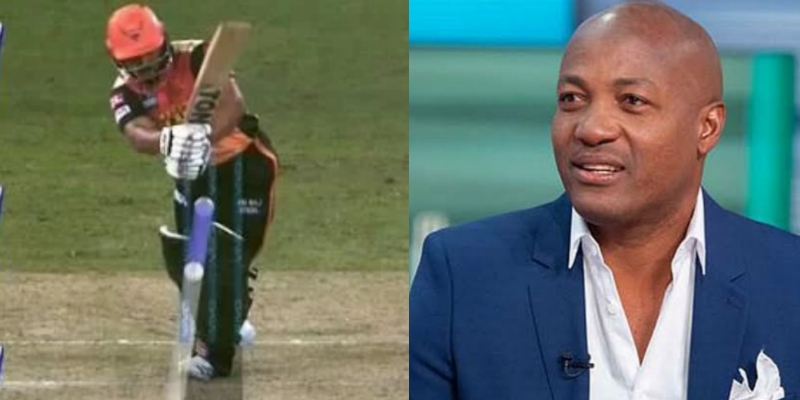 Kedar Jadhav played his first match of the second phase of the 2021 edition of the Indian Premier League yesterday night for the Sunrisers Hyderabad. The right-handed batter played against the Delhi Capitals but failed to make an impact with his batting performance. The Sunrisers Hyderabad team needed a solid performance from Jadhav. However, he could not live up to the expectations.

Kedar came out to bat when the team’s score was 60/3 after 9.5 overs. Soon after, Manish Pandey lost his wicket and SRH were down to 61/4. Abdul Samad then came out to bat in the middle and tried to rebuild the innings with the experienced Kedar Jadhav. After the duo added 13 runs for the fifth wicket, a fast delivery from Anrich Nortje hit straight on the pads of Jadhav.

It looked plumb LBW, hence the on-field umpire raised his finger without much hesitation. To everyone’s surprise though, Jadhav and Samad decided to review the decision only to be proven wrong. The SRH team lost their review because the ball was pitching outside off, impact was in line and the wickets were hitting.

“Why would he need to review that? To actually go and ask for that referral was unbelievable. We couldn’t believe it. We were like ‘what is he doing’.”

Kedar Jadhav and co. will play their next match against Punjab Kings on Saturday

The Sunrisers Hyderabad will be in action this weekend at the Sharjah Cricket Stadium. The Orange Army is set to lock horns with the Punjab Kings. Both teams lost their respective IPL 2021 UAE leg openers. It will be interesting to see which team gets off the mark first in the Gulf nation.