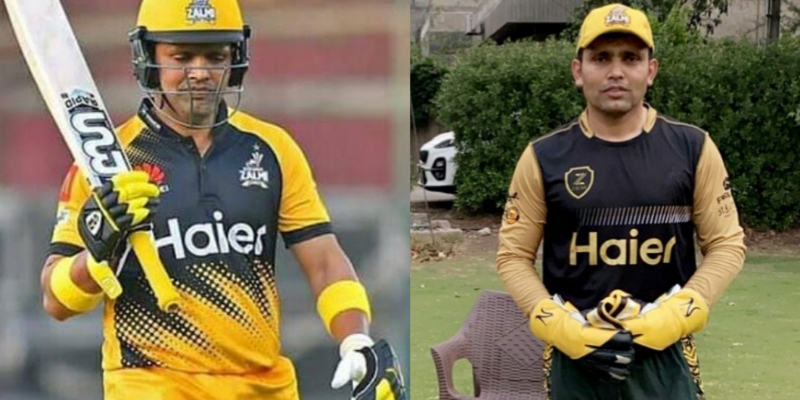 Pakistan’s experienced wicket-keeper batter Kamran Akmal is thinking to make a big decision in his professional cricketing career. The 39-year-old played for Peshawar Zalmi team in the previous edition of the Pakistan Super League. He was one of the top-scorers in the competition. The right-handed batter scored 283 runs in 12 matches at an average of 21.76.

Only Shoaib Malik scored more runs than Kamran Akmal for Peshawar Zalmi in PSL 6. Courtesy of Akmal’s performance, the Peshawar-based franchise retained him ahead of PSL 2022. Akmal expected a Gold category contract from the team. However, the team retained him in the silver category.

In case you didn’t know, there is a draft system in place for the Pakistan Super League. Ahead of the PSL 2022 Draft, all franchises could retain a maximum of eight players each. Peshawar Zalmi retained Liam Livingstone and Wahab Riaz in the Platinum Category. Haider Ali, Sherfane Rutherford and Shoaib Malik found a place in the Diamond Category, Hussain Talat and Saqib Mahmood were in Gold, while Tom Kohler-Cadmore found a place in Silver.

“Perhaps the team has no use for me anymore.”- Kamran Akmal

Speaking on his YouTube channel named ‘Catch and Bat with Kamran Akmal,’ the veteran wicket-keeper batter was quoted as saying by Geo TV:

“Perhaps the team has no use for me anymore. I do not think I should play in the seventh edition of the PSL. I think I don’t deserve to play in this category.”

Akmal also posted the following tweet regarding the same:

Last 6 seasons it was a great journey..Thank you for supporting me through thick and thin M.Akram bhai @JAfridi10 @darensammy88 @WahabViki ..I think i don’t deserve to play in this category…Thank you once again..@PeshawarZalmi Best of luck..Thank You all the fans for supporting

“I have said it a million times”- Rohit Sharma says outsiders opinions do not matter to Team India
“Still Wishing”, Haris Rauf Replies To A Fan About The Pacer’s Dinner Date With A Popular Actress
To Top