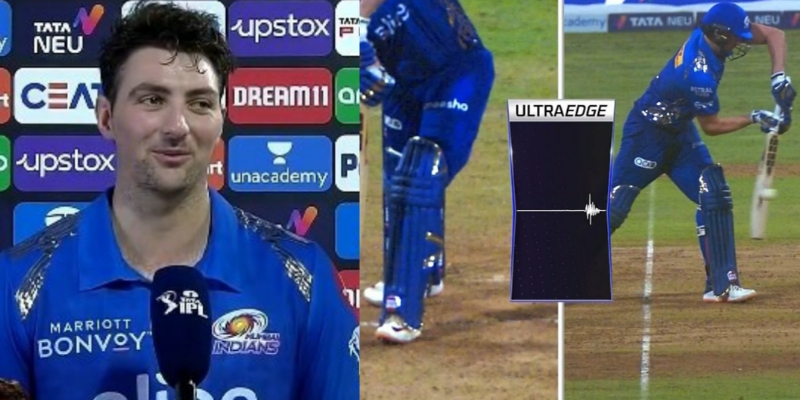 The 69th match of the 2022 edition of the Indian Premier League is in the history books with the five-time champions Mumbai Indians signing off on a high. MI played their last match of the season against the Delhi Capitals last night at the Wankhede Stadium. Tim David was the game-changer for the Mumbai-based franchise as he scored 34 runs off 11 deliveries.

David came out to bat when the team’s score was 95/3 at 14.3 overs in a run-chase of 160. The former Royal Challengers Bangalore star relentlessly attacked the Delhi Capitals bowling attack as he smashed two fours and four sixes in his 11-ball knock.

The Singapore-based player changed the landscape of the match with his big-hitting. At one stage, it looked like the Mumbai Indians would struggle to win the game, but they eventually won the game with five balls to spare.

However, fans should note that David could have been dismissed early had Rishabh Pant opted for a review when the Delhi Capitals appealed for a caught behind. Pant said that the other players standing inside the circle were not so confident, which is why he did not take the review. The replays showed that David had nicked it.

After the match, Tim David was asked if he knew that the ball had edged off his bat and traveled to the wicket-keeper Rishabh Pant. Here’s what the Mumbai Indians player replied:

“I heard a noise but I wasn’t sure if I nicked it. I thought it might have been off the pad but I had some luck.”

“I got a message from Faf this morning – it was him, Virat and Maxi in MI colors. Now I’ve got to post something on Instagram.”

Pakistan’s legendary pacer Shoaib Akhtar names batsman he was most afraid of during his days
“If Dinesh Karthik gets a chance, why not him” – Suresh Raina questions selectors for not including Shikhar Dhawan into the squad for SA T20I
To Top