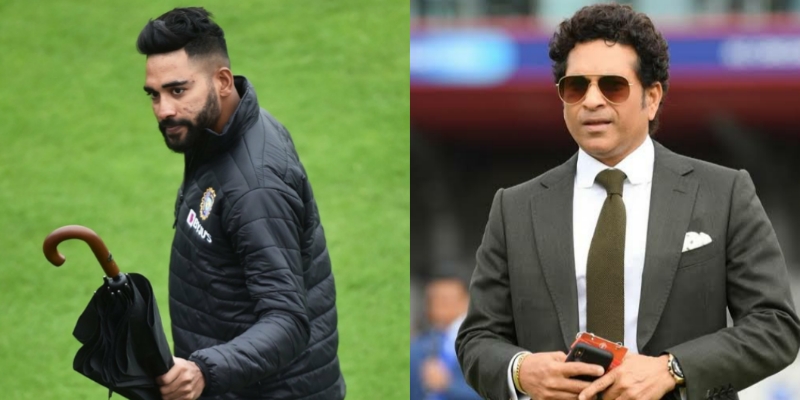 Indian fast bowler Mohammed Siraj thanked former Indian cricket team captain Sachin Tendulkar for appreciating his bowling skills in a recent interview. Tendulkar is reckoned by many as the greatest batter to have played the game. He holds many records to his name. To many cricket fans, he is the ‘God’ of cricket.

Tendulkar has retired from international cricket, but he regularly gives his views on the recent happenings in the cricket world. Sachin spoke with Boria Majumdar on his show titled Backstage with Boria, where he praised Mohammed Siraj. The former Indian star pointed out that Siraj has a kind of spring in his legs, and whenever he comes in to bowl, he is full of energy.

Further, Tendulkar heaped praise on the stamina levels of Siraj and said that when he bowls, it is tough to understand whether he is bowling his first over of the day or the last over of the day. According to Tendulkar, the Royal Challengers Bangalore star is a proper fast bowler whose body language is always positive.

Lastly, Sachin said that Siraj is a quick learner, and when he made his debut for the Indian Test cricket team against Australia in Melbourne last year, it did not seem like he was playing his first match in red-ball cricket at the international level.

It is a big thing for any cricketer when someone like Sachin Tendulkar praises him or her. Here’s how Siraj responded to Tendulkar’s appreciation.

“Thank you @sachin_rt sir for this . It is a huge motivation for me coming from you .. I will always do my best for my country .stay well sir.“

Thank you @sachin_rt sir for this . It is a huge motivation for me coming from you .. I will always do my best for my country .stay well sir https://t.co/3qJrCBkwxm