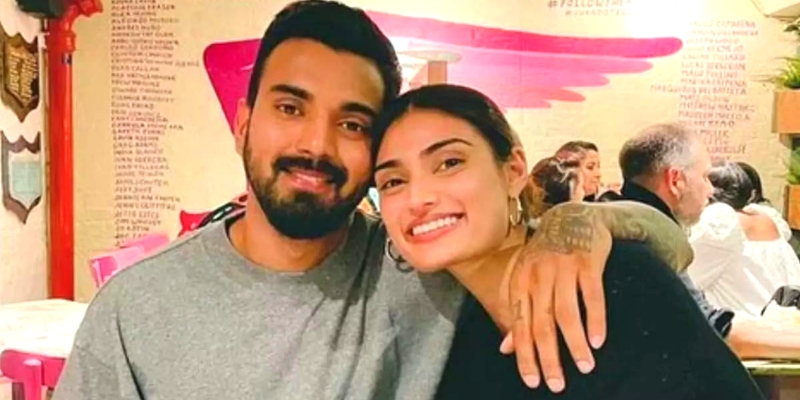 If the reports are to be believed, then the current Indian cricket team’s star opening batsman KL Rahul and Bollywood actress Athiya Shetty is set to take the next big step in their life as the duo is now being reported to get married in January 2023.

KL Rahul is Indian cricket team’s one of the most decorated player who plays in all three format for the Men in Blue. He is also the current vice-captain of the team, working as deputy to Rohit Sharma.

Meanwhile Athiya Shetty is a Bollywood actress, daughter is famous actor Sunil Shetty. The duo of KL Rahul and Athiya have been dating each other for very long now.

The duo have been captured together several times and Athiya have attended various Indian team’s matches to cheer for KL and the Indian team. However, the duo never officially confirmed that they dating each other.

Meanwhile, according to reports from sources have confirmed that the duo is set to tie knot in January of 2023. Reports states that the duo will commit to each other in January 2023 in Sunil Shetty’s bunglow in Khandala.

Meanwhile, KL Rahul is currently busy representing the country against some of the Asia’s best teams in the ongoing Asia Cup 2022. Rahul missed a huge amount of game time due to injury and made his return for the Zimbabwe series.

So far, things have not gone well for KL. He is yet to adapt to the new playing style that Team India is working on. Rahul has far been disappointing in all of the matches for the Men in Blue in Asia Cup 2022.