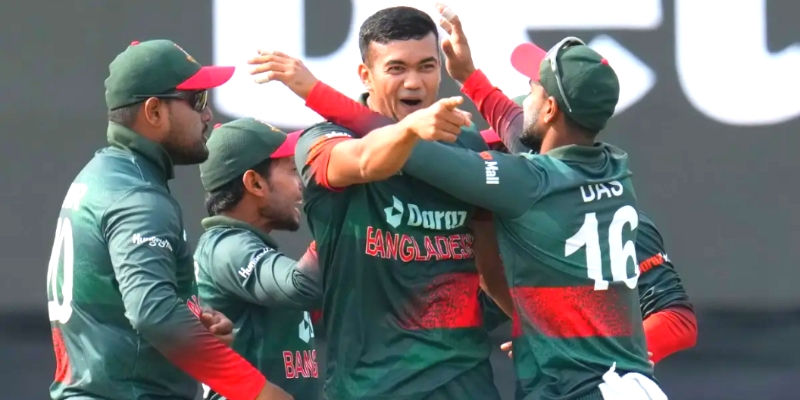 Bangladesh cricket team continues their solid run in the ICC Cricket World Cup Super League points table as they have further solidified their position at the top of the pile with a series win over South Africa.

Bangladesh cricket team, under the leadership of Tamim Iqbal, recorded a massive 2-1 series victory in the ODI series against South Africa.

Bangladesh had begun the series to a great note with a victory in the first ODI in Centurion by 38 runs. South Africa then fought back in the next match to make 1-1 in the series. However, the Proteas lost the 3rd and the series decider, once again in Centurion by massive 9 wickets deficit, handing a 2-1 series victory to the away team.

Talking about the match, South Africa performed below average as they were all-out for 154 runs, which Bangladesh chased down in about 27 overs, with 9 wickets in hand. Captain Tamim Iqbal led the chase, who scored 87 runs.

With this series win, Bangladesh is at a very comfortable position in the ICC Cricket World Cup Super League. Bangladesh sits at the top of the points table with 120 points to their name from 18 matches, in which, they have won 12 matches and lost 6 matches. England is currently behind them on the 2nd position with 95 points.

Meanwhile, the South Africa sits 2nd to bottom in the points with 49 points from 13 matches. They currently sits ahead of Pakistan, who are at the bottom of the table with 40 points from 9 matches.

Viv Richards said he faced the fastest ball from Wasim Akram; the latter replies with a video of the delivery
World Test Championship 2021-2023 Points Table Updated: Pakistan vs Australia 3rd Test
To Top