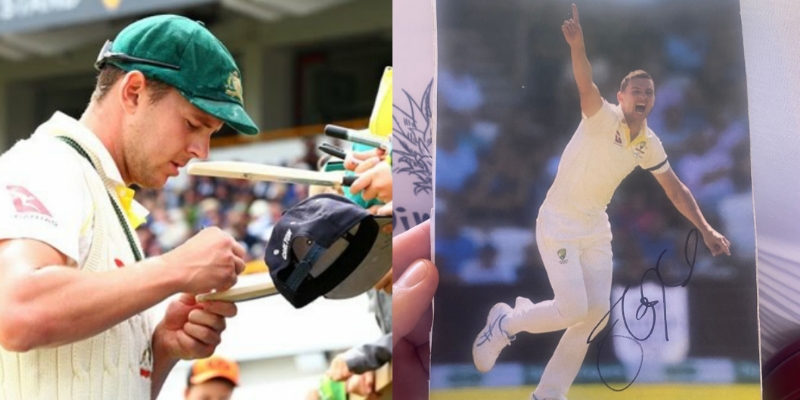 The first match of the Australia vs England ICC World Test Championship series ended earlier today in Brisbane. The home side won the Test match by nine wickets. Captain Pat Cummins led the team from the front by taking a five-wicket haul in the first innings of the match. He became the first player in this century to take a five-wicket haul on the first day of his Test captaincy. Josh Hazlewood supported him well.

Speaking of the Test match that ended at The Gabba, the England cricket team won the toss and decided to bat first. Fans expected England’s batters to put up a good show, but they failed to do so. Mitchell Starc cleaned Rory Burns up on the first ball of The Ashes 2021-22. After that, the Australian bowlers fired in unison and bowled the England cricket team out for just 147 runs in their first innings.

In response, a magnificent century from Player of the Match Travis Head powered the Aussies to a 425-run first-innings score. Head received great support from David Warner and Marnus Labuschagne who had scored a fifty earlier in the innings. It seemed like the Australian cricket team would win the match by an innings.

However, Joe Root and Dawid Malan fought back with half-centuries. They made sure England did not lose by an innings. The others failed to contribute much though as England set only a 20-run target for their arch-rivals. Australia chased the score with nine wickets in hand.

How Josh Hazlewood got tricked during The Ashes Test

Josh Hazlewood was one of the fast bowlers in Australia’s playing XI. He signed some autographs during the Brisbane Test. The Barmy Army tricked him by making him sign a poster which read “I Joshua ‘Joshie’ Hazlewood do solemnly sear (swear) that I knew it was sandpaper.”

Josh Hazlewood just signed this on the boundary, we knew it 🤣#Ashes pic.twitter.com/Nvx5Llz7ut

Fan asks Wasim Jaffer why no memes on Ashes, Jaffer responds
David Warner Has A Hilarious Reply To Virat Kohli’s Comment On The Aussie’s Insta Post
To Top