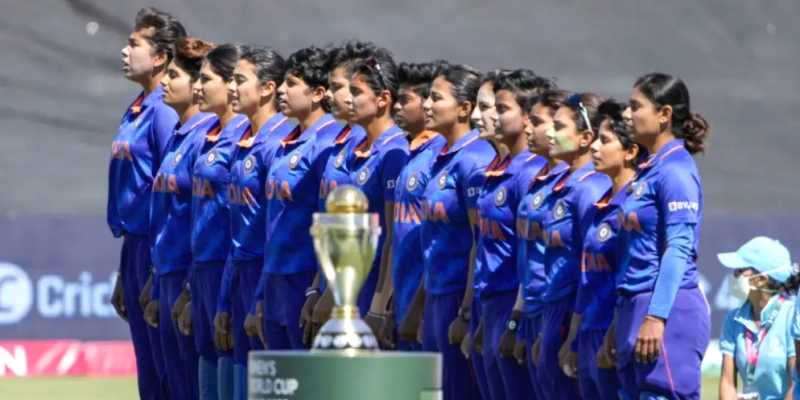 The Indian Women’s Cricket Team had to face a defeat against Australia in the 18th match of the Women’s World Cup 2022, which is being played in New Zealand.

Australia managed to beat Team India by 6 wickets in the match, in a close battle. This was the fifth match of the Indian team in the World Cup. Team India has won two out of five matches, while they have had to face defeat in three matches.

With that win against India, Australia has became the first team to enter the semi-finals of the Women’s World Cup 2022. With this defeat, it has become very challenging for Team India to make it to the semi-finals. However, the team still has a shot at it left.

The Indian team will now play against Bangladesh on the 22nd March and South Africa on the 27th March. Team India is in fourth place in the standings after 18 matches of the entire competition and has 4 points and the good thing is that it has a net run rate of +0.456. Now the Indian team is need to win both the matches by a good margin to enter the semi-finals.

Teams playing in the World Cup needs to win a minimum of 4 out of 7 matches to make it to the last-four. However, India can face challenges from New Zealand and England in the points table as New Zealand have 4 points and have lost 3 out of 5 matches like India but their net run rate is -0.216. On the other hand, England has lost three out of four matches. They have a match in hand over India and have a net run rate of +0.351.

It is very difficult for Bangladesh to make a comeback in the tournament. They had to face defeat in the 3 out of 4 matches that they have played and has only 2 points and -0.342 run rate. The important aspect for India is its run rate is in positives. Now it will be interesting to see how the Indian team manages to keep the hopes alive and can they complete the comeback.

Australia is the most successful team in the history of Women’s World Cup, having won six titles and failed to make the final on only three occasions. England has four and New Zealand has one title. The Indian team has managed to make it to the finals twice and West Indies once but has not won a single title yet.