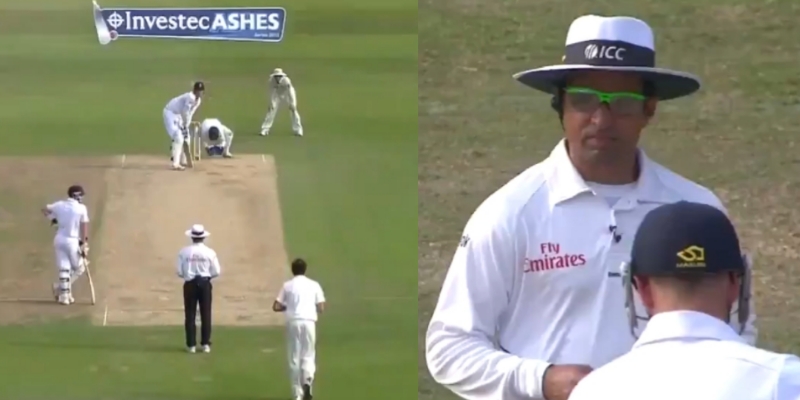 Ashes 2013 was controversial in many aspects. One of the most controversial moments was when Stuart Broad edged a delivery by Ashton Agar that was caught at the slips. It was clearly visible to everyone concerned that the left-hander had edged the ball. However, he did not walk off and Aleem Dar, who was the umpire, did not make the right decision.

A Twitter user posted a video of this incident recently. Quoting the video, Warne gave his verdict about that incident. He targeted both Stuart Broad and Aleem Dar in his tweet. Here is what he had to say:

You have to admire @StuartBroad8 for not walking here. Showed serious Kahunas hahaha. Also shows you how bad an umpire Aleem Dar was and how many decisions he got wrong !!!!!!! 😩 https://t.co/s2ZE6XWNtU

The umpiring standards have dropped in recent months

The umpiring standards have dropped in recent months. A few calls, when even after being reviewed, are turning out to be wrong. Hence, many former cricketers and experts have opined that this is a serious concern and must be resolved at the earliest.

After COVID, neutral umpires were avoided due to the restrictions. Hence, the umpires based out of the country in which the match is being held are officiating the games. A few feel that the rule is not logical because if visiting players are quarantining, overseas umpires could also do the same.

Ricky Ponting Gives A Fitting Reply To Kevin Pietersen After The Latter’s Harsh Tweet About Lyon
Wasim Akram picks his new Fab 4; leaves out Williamson and Smith
To Top