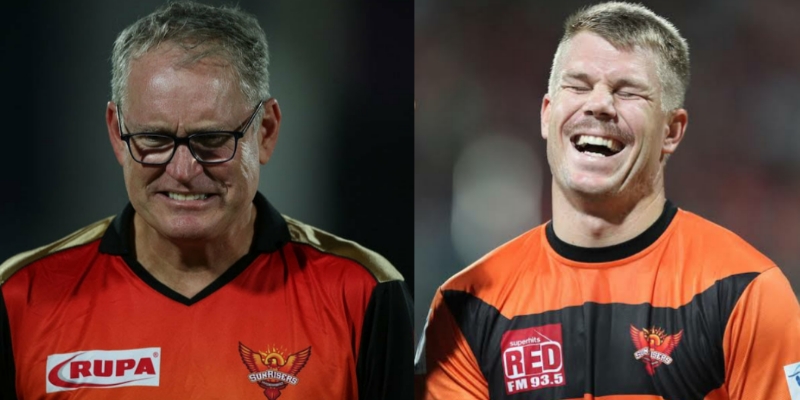 David Warner‘s time at the office was cut down after his team Australia won the third Ashes Test comfortably. With this, Australia is 3-0 up in the series. With an early finish, Warner was active on social media. In this article, we take a look at the banter that SRH and David Warner engaged in Twitter ahead of IPL 2022 Mega Auctions.

After their association was hit badly, David Warner has been quite vocal about his relationship with Sunrisers Hyderabad on social media. However, SRH was very quiet about the situation. That said, the franchise has also joined the party today.

Earlier today, a fan had a request for SRH coach Tom Moody. The fan said, “How about having a good auction for SRH tom? Please?”. David Warner quoted this question and said, “Baha doubt it”. Here is how SRH reacted to the same:

Congrats on the Ashes win Davey – Looks like you are back to 🍾🍻 form and enjoying the after party! On the other hand we hope you have a good auction! 👍🏼😂 https://t.co/grZrRn5Zqm

SRH released David Warner ahead of IPL 2022 Mega Auctions. With Warner returning to form, he will be in top demand if his name appears in the auction room. However, that will be subject to if one of the two new franchises pick him up before the bidding event. As per a few rumours, Warner is likely to be signed by one of either Lucknow or the Ahmedabad franchise. If that does not happen, Warner is sure to set the auction on fire. He has back to form and given the experience that he has in the league, the bid could touch INR 10 Crores within a few minutes.