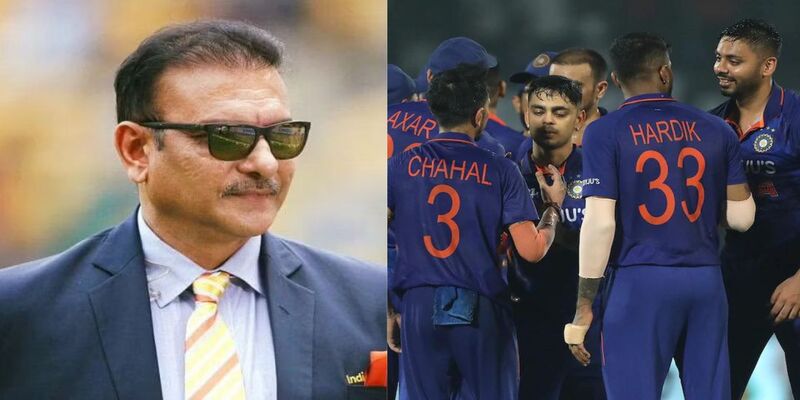 India is set to play Ireland for two T20Is starting on Sunday. Two T20Is will be played on June 26 and June 28 at The Village, Dublin. The Board of Control for Cricket in India (BCCI) has selected a totally new team for both matches. The players that were selected against South Africa for the home series have got another chance.

Notably, Rishabh Pant and Shreyas Iyer have joined the Indian Test side for the rescheduled test starting on June 1. In their place, the selectors have added Sanju Samson and Rahul Tripahti to the team. Hardik Pandya will lead the side, and Bhuvneshwar Kumar will assist him as the vice-captain.

However, it will be interesting to see what the batting order will be for India because Shreyas and Pant are not in the side. So who will play at Nos. 3 and 4? Former Indian head coach, Ravi Shastri, has recommended Rahul Tripathi for the No. 3 slot in the batting order.

Tripathi batted really well in the TATA IPL 2022 for Sunrisers Hyderabad at No. 3. He emerged as one of the highest run-scorers in the competition and scored the most runs at no. 3. The 31-year-old scored 413 runs in 14 games at an average and strike rate of 37.55 and 158.24, respectively.

In a discussion on Star Sports, Shastri lauded the 31-year-old and said that he is a very busy player. He also said that Tripathi has a good game and never goes after edge balls, and his shot selection is very good.

Ravi Shastri further said, “He’s not overawed by any opposition or by any bowler. He’s scoring at a great rate. You know, which is tremendous at No.3 because he sets it up beautifully.”

The 31-year-old was one of the consistent batsmen in the IPL 2022 and his consistency earned him his maiden call-up. Speaking on his first call-up with PTI, he said that it was a dream come true moment. He added that he is happy that everyone believed him and gave him the chance and that he will try his best.

However, it is still uncertain whether he will get the chance to make his debut or not. Because Sanju Samson and Suryakumar Yadav will replace Rishabh Pant and Shreyas Iyer in the playing XI. So he might have to wait.

Watch: Virat Kohli pulls off an outrageous cover drive Six during his inning against Netherlands in T20 World Cup 2022

“When Australia tours, we are generally the enemy…” – Glenn Maxwell reacts to Sri Lanka crowd cheering for the Australian team
Top 4 players who have scored Double Hundred in both ODI and Test cricket
To Top