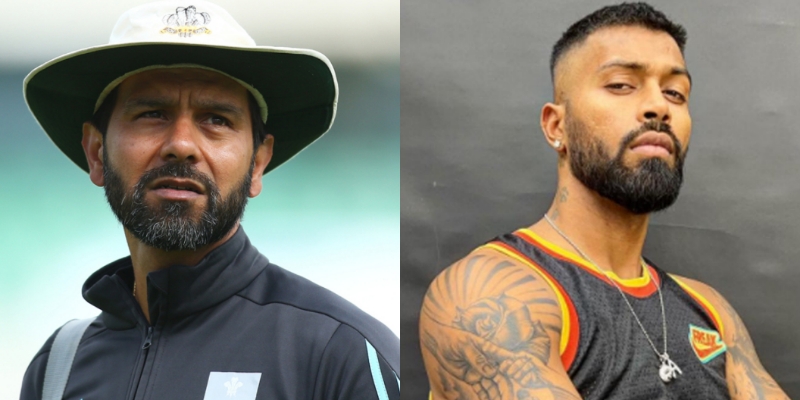 Indian Premier League (IPL)’s new entrant Gujarat Titans’ Director of Cricket Vikram Solanki has made a big statement about the leadership qualities of Indian all-rounder Hardik Pandya, who is set to lead the Gujarat Titans in IPL 2022.

Hardik Pandya is one of the most recognised all-rounder in the world of cricket, but has been away from the Indian team for long time due to injury and has also lost his position in Team India.

Hardik Pandya was not retained by the Mumbai Indians before the IPL 2022 Mega Auction. New franchise took the opportunity to and picked him up before the Auction, later announcing him as the team’s skipper for IPL 2022.

In a recent interview, Gujarat’s Director of Cricket Vikram Solanki has praised Hardik and said that he has all the qualities to become a successful and excellent captain. It must be noted that Hardik was picked by the Gujarat team for Rs 15 crore as part of the pre-auction draft.

Speaking with The Telegraph, Vikram Solanki said that the team has seen in Hardik the quality that rquires make him a successful leader. He said that Hardik has won many IPL Trophies and is being looked after by a number of teams to have his services.

He further said about Hardik’s leadership, stating that Hardik Pandya has been a part of the Indian team’s leadership group and has learned a lot from captains like Rohit Sharma, Virat Kohli and MS Dhoni and believes that Hardik will use all the inputs to make himself a better captain and the support staff are also there to help him out.

The IPL 2022 season will get underway on the 26th March with the opening match between the last season’s finalists Chennai Super Kings (CSK) and Kolkata Knight Riders (KKR).

Gujarat Titans will play their first match of their very first ever IPL season against the other new franchise that has joined the league, the Lucknow Super Giants on the 28th March.