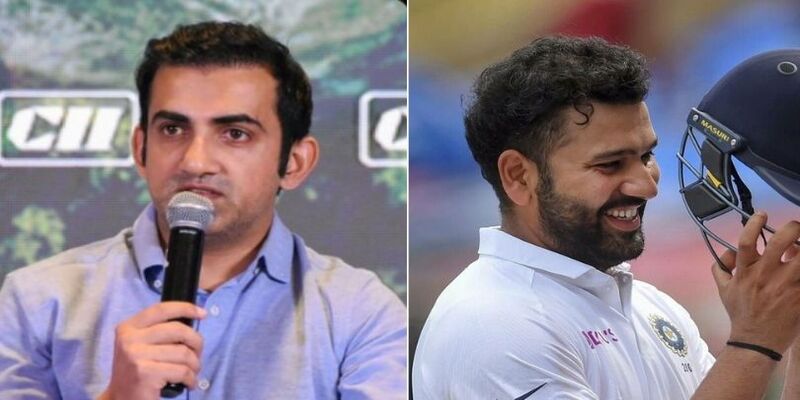 The Indian test side has been performing exceptionally well in the past few years. And that’s largely due to the improvement in the bowling department. Indian batting has always been its strength, but the last few years have seen significant growth in the bowling department as well. And that’s what the former opener feels. Gautam Gambhir feels that it will not be a difficult challenge for Rohit Sharma to win with the kind of bowlers India has in the test matches.

Former Indian opener expressed his views on a pre-match show on Star Sports and pointed out that former Indian skipper Virat Kohli has been phenomenal in developing the Indian bowling unit in test cricket. And it will surely give benefits to the new skipper, Rohit Sharma, in terms of winning the matches. Rohit, who has been appointed as a full-time captain of India, is leading for the first time in a test against Sri Lanka.

Adding to that, the 40-year-old said that it would be easy for Rohit in red-ball cricket. He also pointed out that Bumrah and Shami make an amazing fast bowling pair to give you some early wickets. And then, with the spin duo of Ashwin and Jadeja, it is not difficult to win the matches. The cricketer turned commentator also gave credit to Virat for working on the Indian bowlers over the years. Gambhir also added, “Virat Kohli has developed India’s bowling strength, so I don’t think it should be difficult for Rohit Sharma in red-ball cricket.“

This is the first time in almost 8 years that the Indian test team will be without the veteran duo of Cheteshwar Pujara and Ajinkya Rahane. Both are dropped due to a lack of batting forms. Hanuma Vihari and Shreyas Iyer have replaced them in the team. Further talking to the Indian batsman, the southpaw expressed that Vihari and Iyer are experienced enough to replace the veteran duo. Vihari has performed decently in whatever opportunities he has got. On the other hand, Shreyas, who made his test debut last year, made a century on his debut.

Concluding his conversation, Gambhir pointed out that in India it is relatively easy to win the game by batting first. If you win the toss, you bat first. But when you go abroad, it will get more difficult because of the conditions and pitches. He said, “Here, you know you can set the game if you bat first.”