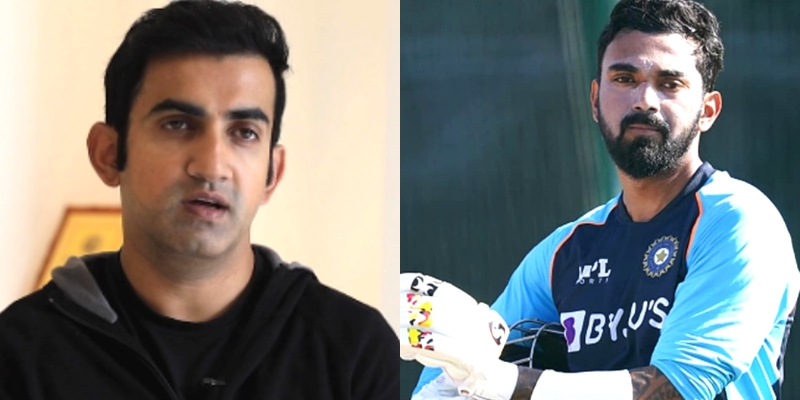 India’s vice-captain and right-hand batsman KL Rahul has been picked up by one of the two new IPL franchises as the Karnataka born batsman will be donning Lucknow franchise’s colours in the IPL 2022. And team mentor Gautam Gambhir feels that staff should keep Rahul mentally fit as he will have performance pressure.

KL Rahul was last appointed the Indian cricket team’s vice-captain and will be serving as the deputy to Rohit Sharma in the limited overs cricket for the Men in Blue.

Rahul has been picked up by the new IPL franchise the Lucknow Super Giants, after Rahul decided to not continue further with the Punjab Kings franchise. Rahul will also be leading the side in the, now a 10 teams tournament.

Former twice IPL winning skipper with the Kolkata Knight Riders (KKR), Gautam Gambhir has been appointed as the team’s mentor in their inaugural season.

Gautam Gambhir most recently was quoted by NDTV as saying that the team’s support staff should keep KL Rahul mentally fit as he is going to performance pressure.

KL Rahul will be getting paid 17 crore by the Lucknow Super Giants, but Gautam Gambhir feels that the price won’t be the biggest burden but the performance pressure.

“Team’s support staff should make him feel free. Price tag won’t be the biggest burden, but the pressure to perform will be” added Gautam Gambhir.

He further added that he wants to players to completely focus on playing for the Lucknow franchise during those 2 months and not think about playing for Team India. Calling that playing for India is a by-product.

Lucknow Super Giants’ support staff will be spearheaded by the former Punjab Kings head coach Andy Flower, who has also been named the head coach of Lucknow franchise. Gautam Gambhir is also among the support staff as he will work as the team’s mentor.

The 3 players that Lucknow Super Giants have picked are KL Rahul, Marcus Stoinis and young leg-spin uncapped bowler Ravi Bishnoi. The team will have a total purse of 59 crore remaining going into the IPL 2022 Mega Auction.