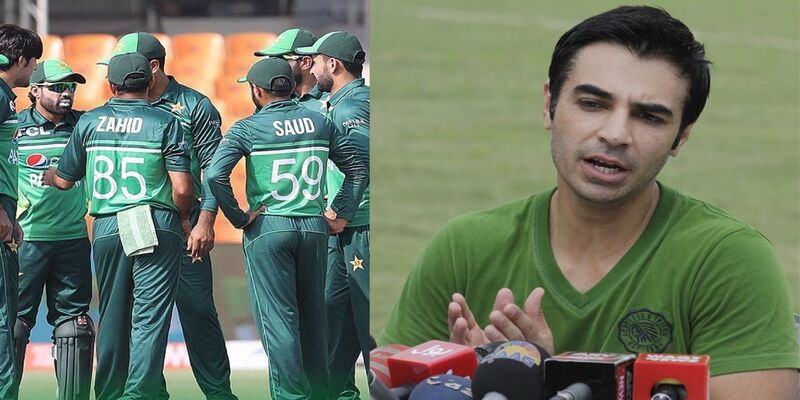 The historic tour between Australia and Pakistan ended with a T20I win by the visitors over the home team. On Tuesday, April 6, both teams locked horns in a one-off T20I match at Gaddafi Stadium in Lahore. Australian skipper Aaron Finch won the toss and asked the home team to bat on a pitch that looked pretty flat. And as usual with the opening pair of Babar and Rizwan, once again they gave them a good start.

Both batters added 56 runs without any wickets in the power-play. However, Pakistan lost two quick wickets after the seven over mark. Rizwan and Fakhar Zaman got out off two consecutive balls by the Australian all-rounder Chris Green.

But it was once again the run-machine from Pakistan who held one crease and made his 26th T20I half-century. However, he got out in the 16th over of the innings by Adam Zampa for a score of 66 runs. And after that, all the Pakistani batters struggled against the visitors’ bowling lineup.

Pakistan lost their five wickets for just 24 runs and were able to make only 162/8 in their 20 overs. Although it looked at one stage that they could get over 180+ runs, the middle-order didn’t do much for the home team.

The former Pakistani skipper also feels that the middle order is too slow for development in order to compete with the world’s best cricket. Salman Butt, who looked unhappy with Pakistan’s loss, shared his views on the match on his YouTube channel.

He said the players in the middle have performed really well in the PSL but are struggling on the international stage. Highlighting the importance of rotating the strike, Butt said that you can’t always rely on hitting boundaries in T20. He stated, “You need to score runs in the gap as well. These players don’t know how to craft innings.”

Speaking on the available options for Pakistan in the middle order, he said that there are 5–6 players available. But none of them has played any significant role in the team so far. He also slammed them, saying that they are yet to establish themselves in the team. Butt also highlighted the return of veteran Shoaib Malik. He said because of this, Shoaib Malik will return to the team as he knows how to construct the inning.

Imam-ul-Haq gains big in the latest ICC ODI Ranking to enter top 5 after performance against Australia
“Give me Babar, Virat and nine pieces of wood”, Former Pakistan cricketer names his recipe for a World Cup-winning squad
To Top