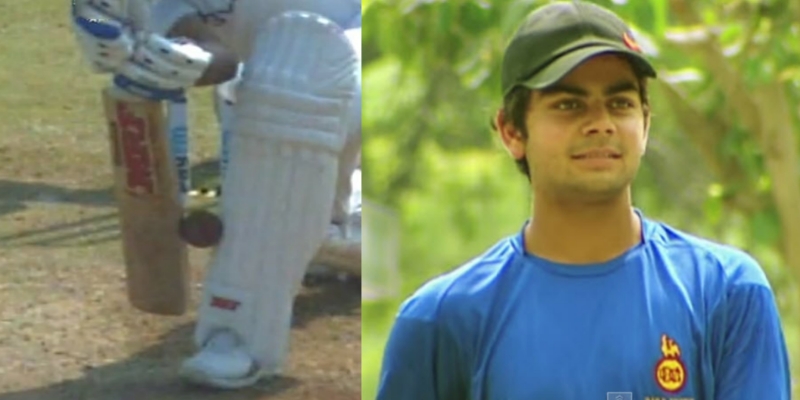 The Indian cricket team skipper won the toss at the Wankhede Stadium and decided to bat first. The decision seemed to be working in India’s favor. However, once Ajaz Patel broke the opening partnership between Mayank Agarwal and Shubman Gill when they added 80 runs, the Indian cricket team had a mini collapse. Patel soon dismissed Cheteshwar Pujara for a duck.

Virat Kohli came out to bat at number four but he was adjudged out LBW by the umpire before the right-handed batter could even score a single run. There was a huge controversy surrounding the decision. Many fans thought that the ball first hit the bat of Virat Kohli before it hit his pads. The slow motion replay hinted at the same. However, when Kohli asked for a review, the third umpire did not overturn the decision because there was no conclusive evidence.

Virat Kohli posted a tweet about making mistakes in 2011

Fans quickly found an old tweet from the Twitter account of the current Indian Test captain, where he had written about the mistakes and how everyone makes them. Here’s what Virat Kohli’s old tweet states:

“everyone makes mistakes. i made one yesterday. you can only learn from them and move forward :)”

everyone makes mistakes. i made one yesterday. you can only learn from them and move forward 🙂