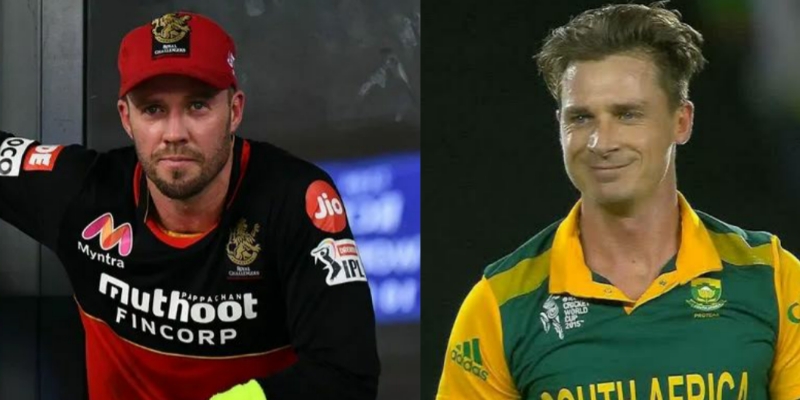 Former South African cricket team captain AB de Villiers called it a day on his career earlier today via social media posts. The right-handed batter had retired from all formats of international cricket three years ago, but he played in T20 leagues across the world. Now that he has retired his former South African teammate Dale Steyn joked that every bowler would have breathed a sigh of relief.

After turning up for the Royal Challengers Bangalore in IPL 2021, the Superman of Cricket confirmed that he has played his last IPL season and will no longer be part of the tournament or any franchise cricket league. AB de Villiers had an extraordinary career in the shortest format of the game. He is one of the few players to have played in the Indian Premier League, Big Bash League, Champions League T20, RamSlam T20, Pakistan Super League and Caribbean Premier League.

Wherever he played, de Villiers ensured that his team had a solid batting option available in the top-order or middle-order who could change the game in a matter of few deliveries. Many Indian fans would know that de Villiers has won quite a few matches for the Royal Challengers Bangalore almost single-handedly.

AB de Villiers and Dale Steyn played many matches together, and it is evident that they are very good friends. While Steyn retired earlier this year, de Villiers decided to end his career earlier today. Here’s how Dale reacted to de Villiers’ retirement decision.

“And just like that, every bowler breathes a sign of relief, haha! You’re the best bud, you can be so very proud! Well done.”

Even Faf du Plessis commented under AB de Villiers’ post. “aaah nooooo… What a career. Incredibly lucky to have shared the field with you. The best I have played with,” he wrote.