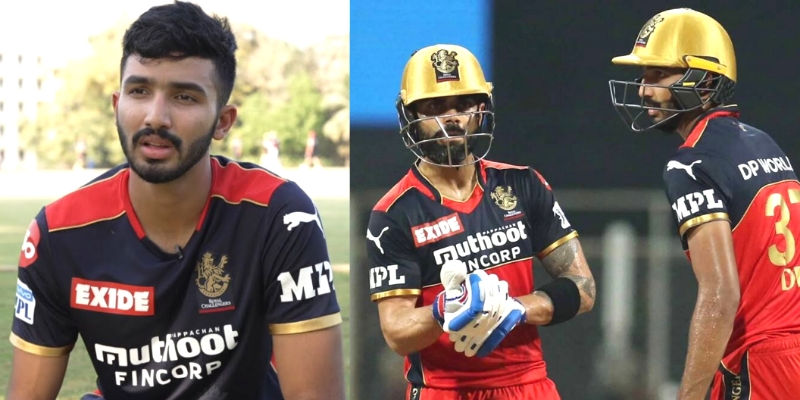 The Royal Challengers Bangalore (RCB) and the other 9 teams are currently busy in its planning for the upcoming IPL 2022 Mega Auction going to be held in Bangalore.

In the meantime, they will also be keeping their eyes on a former player of their’s, the young and talented player, whom they refined a lot in the last two seasons. We are talking about the young left-hand opening batsman Devdutt Padikkal.

In the form of Padikkal, RCB has had one of the best young opening option as a partner of Virat Kohli. Devdutt Padikkal has played 29 IPL matches for RCB in the last two seasons, scoring 884 runs, including a century and 6 half-centuries. But the franchise has decided to not retain the player.

However, they will also not be in a mood to lose their opening combination so easily and one of hot talent in Indian cricket. It is very much likely that there will be a number of teams after him in the Auction, but RCB wouldn’t wanna lag behind everyone. Even the player himself confirmed that he enjoys playing for Royal Challengers Bangalore.

The player himself has given clear indications of such in a podcast program released by Bangalore franchise. He has given the credit of his success in the IPL to the former captain of the team, Virat Kohli.

Padikkal has scored most of his runs working in partnership with Virat Kohli at the top of order. He believes that Kohli absorbs all the pressure, which makes it easier for him to score runs.

Padikkal said in the podcast, “There is not much attention on me when Virat Kohli is batting with me, and that takes away all the pressure from me.”

Th young Padikkal has not been retained before the franchise before the IPL 2022 Mega Auction and will now be a part of the mega auction set to take place on the 12th and 13th of November. He is going into this auction with a base price of Rs 2 crore.

RCB will be in the mood to once again have this player in their court. In IPL 2021, the pair of Virat Kohli and Devdutt Padikkal have given them a great start to the match, and in such a situation, they will not be in any mood to leave the precious player leave.