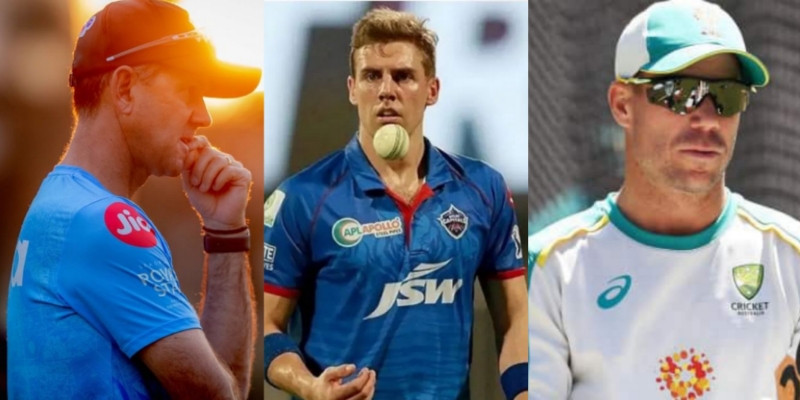 Delhi Capitals suffered their first defeat of the Indian Premier League (IPL) 2022 season against Gujarat Titans last night, but head coach Ricky Ponting is hopeful that once David Warner and Anrich Nortje joins the team, they will be in better position.

Delhi Capitals started their IPL 2022 journey with a win against the 5 times IPL champions Mumbai Indians, but were handed their first defeat of the season against Gujarat Titans last night, on the 2nd of April.

The Rishabh Pant led side will next play the other new franchise Lucknow Super Giants (LSG) on the 7th of April. And Head Coach Ricky Ponting is hopeful to have the availability of star opening batsman David Warner and pace bowler Anrich Nortje.

David Warner was bought for big bucks in the IPL 2022 Mega Auction held in February in Bangalore, whereas, Anrich Nortje was retained by the team before the auction.

While David Warner last featured in the Test series against Pakistan last month, Anrich Nortje is recovering from injury, thus, both of them have not been available for Delhi Capitals in their opening 2 matches of the campaign.

While David Warner will be available for the Lucknow game, availablity on Anrich Nortje will be taken only after medical assessment, but Head Coach Ricky Ponting is hopeful.

While talking to the reporters after the Gujarat Titans defeat, Ponting informed that Nortje bowled 100% in the warm-ups. He then added that hopefully Warner has reached Mumbai and once they return back to Mumbai, Warner must be there.

He also added info about Mitchell Marsh, who sustained an injury during the Pakistan series. He said that Marsh has reached Mumbai and is currently in quarantine and likely to be out on today.