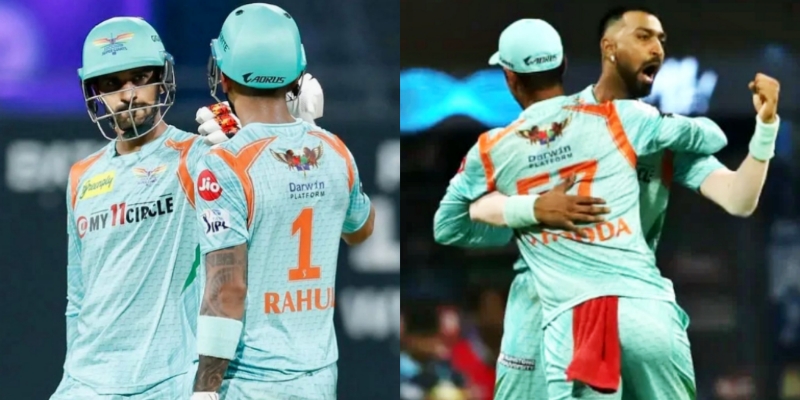 When former Baroda teammates Krunal Pandya and Deepak Hooda were both picked by Lucknow Super Giants (LSG) in the IPL 2022 Mega Auction, fans were quite excited to see how the duo would jell together after past rift between them.

This year, the Indian Premier League (IPL) 2022 is much more fascinating and exciting due to the inclusion of two new franchises into the game. Other than that, there was a major reshuffle during the IPL 2022 Mega Auction.

During the major reshuffle, two former Baroda teammates Krunal Pandya and Deepak Hooda, who both had a rift between eachother in the past, which led to Deepak leaving the state association for Rajasthan, were both picked by new franchise Lucknow Super Giants.

That led to quite a lot of of speculation that there might be drama at Lucknow camp, but it has all well for the duo so far in this year’s IPL. Both have been seen enjoying each other’s success and have been also seen hugging each other, which is what Lucknow and their fans wanna see from the duo.

Deepak Hooda has so far been quite an important member for Lucknow, playing match winning knocks. In an exclusive interview with Dainik Jagran, Deepak talked about Krunal and his relationship and stated that they are just like brothers and brother do fight.

“Krunal Pandya is like my brother, and brothers do fight. We are playing with one aim, which is to win games for LSG,” stated Deepak Hooda.

He added that both are playing for Lucknow and wants to win matches for the team. He further added that he didn’t watch the auction and met Krunal first time in the team hotel and added that past is past and both their goal is same.

Deepak Hooda, as of before the match against Delhi Capitals, is the 5th highest run scorer in the tournament with 119 runs from 3 matches. They faces Delhi Capitals today, on the 7th of April.