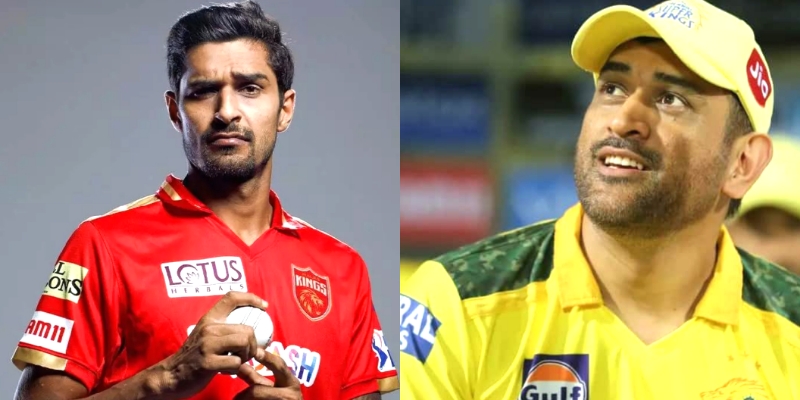 Most recently he got picked into the Indian cricket team for the upcoming series against West Indies, Deepak Hooda has named the franchise he would love to play for in the IPL.

Deepak Hooda is probably one of the top domestic all-rounders available in the IPL 2022 Mega Auction to be held on the 12th and 13th of February.

Deepak Hooda was a member of the Punjab Kings squad for the previous couple of seasons, but the right-hand batsman has not been retained by the Punjab based franchise.

Hooda, most recently in a interview with India News, expressed his wish to play under MS Dhoni’s leadership for the Chennai Super Kings.

Speaking to India News, he was if there is any preferred destination for him in the IPL Auction 2022, Hooda stated that as of now, he is not waiting for the auction but the West Indies series that begins on the 6th February.

However he added that there is no such team that he wants to play for but Chennai Super Kings is his personal favourite team and he is like a kid who wants to play cricket under MS Dhoni.

“My personal favorite team is CSK. I am like a kid who wants to play under MSD. I am MS Dhoni’s die-hard fan, I like his leadership. I have spoken to him many times. When I came to the Indian team, Dhoni bhai was also there.” – Deepak Hooda #WhistlePodu I #Yellove 💛 pic.twitter.com/q8IpeRYmvq

Deepak Hooda is a very utility player who can bat aggressive and can also bowl off-spin. He has been in very good form in the domestic cricket, as a result of which, he has also been picked for the Indian team for the upcoming 3 match ODI series against West Indies.

Deepak last year played a total of 12 matches in the IPL 2021 and scored 160 runs and took 2 wickets. But looking at his form, he could very much draw good amount in the auction.